Stories for the kids 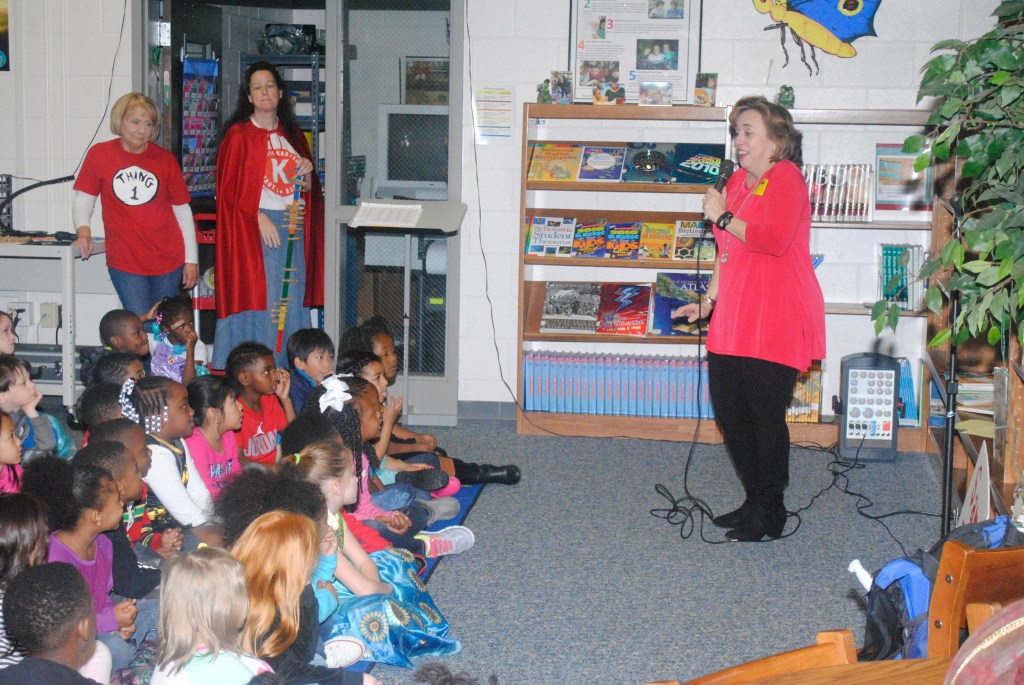 LaGRANGE- Children storytelling was in full effect all day Thursday at Franklin Forest Elementary School as storyteller Carol Cain told playful and exuberant tails to kindergarten students all the way up to fifth graders.

Cain, who will be one of five storytellers partaking in the 21st Azalea Storytelling Festival this weekend, started the session out singing “One World, Many Stories” to get the kindergarten classes pumped and ready to listen.

“I always have a list of possibilities,” said Cain, referring to if she ever knows what she’s going to talk to students about before telling stories to them. “And then I look at kids and look at the moment and sometimes it’s just a matter of what I want to tell. I usually come with a prepared idea but I’m also prepared to change my mind.

“Sometimes I improvise and see what the volunteer does and that might dictate how I might tell my story but I always have a plan and I’m willing to change,” said Cain. “Sometimes a story bubbles up and says tell me.”

“It’s fun because I’ve been at several schools this week and I’ve been full of stories,” said Cain.