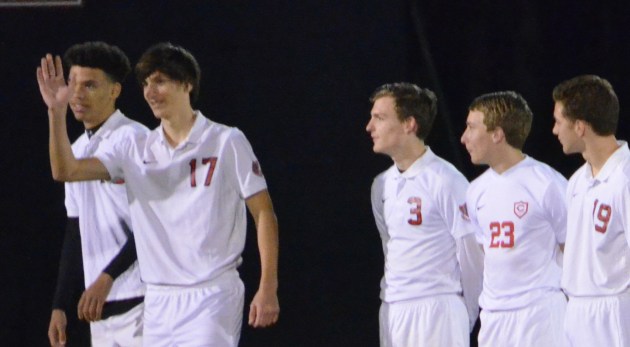 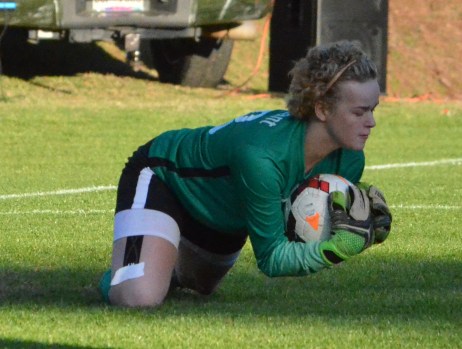 HOGANSVILLE – It was a big home win for the Callaway Cavaliers, who got a 2-1 soccer victory over a Lamar County team that won a region championship a year ago.

Callaway got the go-ahead goal in the second half, and it made the lead stand up to improve to 2-0 in Region 5-AA.

The Lady Cavaliers weren’t as fortunate.

Lamar County scored three first-half goals, and it went on to claim a 3-0 victory as Callaway fell to 1-1 in the region.

In the boys’ game, it was tied at 1-1 in the second half when Ian Bryan was fouled in the box, and he made the penalty kick to give the Cavaliers the lead.

Callaway’s defense did the rest as Lamar County was unable to notch the tying goal.

In the first half, Callaway took the lead with a goal in the 22nd minute.

Noah Stephens took a free kick, and Bryan headed the ball into the net for the goal.

Lamar County had the tying goal four minutes later, and the game was deadlocked at 1-1 at the half.

Fourteen minutes into the second half, Bryan was fouled hard in the penalty box, and he gave the Cavaliers the lead.

Petite said the defensive effort was the key to the victory.

“He plays our center back, and he is calm and smooth,” Petite said. “He is solid.”

“The three of those guys, they played a real smart game by keeping people in front of them, and making them work real hard to get to us,” Petite said.

Because of the success of the defensive players, goal keeper Hugo Lopez only had to make two saves.

While Callaway only had the two goals, Petite said the offensive functioned smoothly.