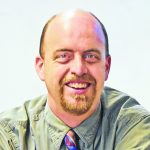 When it was revealed that Attorney General Jeff Sessions had not been honest under oath in his confirmation hearings with the U.S. Senate, he agreed to recuse himself from Justice Department investigations into alleged Russian manipulation of the 2016 election. It was the right decision, but let’s pray that this scandal is not the tip of the iceberg for Sessions.

During his confirmation hearings on Jan. 10, the Alabama Senator denied having met with the Russians. His exact words were “I did not have communications with the Russians.” He also said “No” to a question from a senator about any contacts with anyone with any connection to any part of the Russian government.

Now this wasn’t like some Spelling Bee moment, where you say an M when you meant to say a W. You get to clarify your remarks after you testify under oath.  In fact, you get to review your transcripts the following day, to edit any mistakes you made. But for some reason, Sessions chose to stick to the line that he had not had any meetings with the Russians.

Now it turns out that he had multiple private meetings with Russian Ambassador Sergey Kislyak during a time when the FBI was investigating a Russian cyber attack on U.S. elections.

Sessions tried to defend himself by saying he met with Kislyak on Sept. 8 as part of his official duties as a member of the Senate Armed Services Committee, though he was clearly on the Trump campaign as well. The Washington Post contacted all 26 members of the Senate Armed Services Committee. None of those interviewed had any meeting with Kislyak or any other Russians. There’s another informal meeting the two had after a Heritage Foundation conference, according to the Washington Post.

It also fails to explain why Sessions chose not to admit this private meeting under oath.

Unlike Democrats who call for Sessions to resign, I am not there yet. I would certainly understand if he did, as he broke the trust of the American people. But if we find additional meetings that Sessions refused to disclose, or if we find evidence that Sessions did anything to manipulate the FBI investigation, he needs to be ousted and investigated.

There’s been criticism of the independent counsel system, with Judge Lawrence Walsh and Kenneth Starr being the targets. Walsh has been knocked for his expenses, but these were necessary due to the cover-ups and the lengths to which people would lie to him, something that should never have happened. And Starr was no rogue….he received permission to broaden the Whitewater investigation to cover the Paula Jones affair, revealing President Clinton’s lie, which led to his impeachment (and would have led to his censure, if Congress had not tried for his removal). Clinton’s actions probably led to Hillary’s defeat in 2016 as much as anything.

This Russian involvement in our elections must be fully investigated, and the independent counsel should not face partisan interference from either side. It’s the most compelling foreign threat to our republic from a foreign adversary in our history, from an existential threat to our American way of life. Nothing less will do.