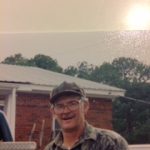 Mr. Charles (Peewee) Arthur Bailey, Jr., of LaGrange, passed away on March 7, 2017 at the West Georgia Hospice. Mr. Bailey was born on June 27, 1945 in LaGrange to the late Charles A. Bailey, Sr. and Annie Ruth Walls Bailey. In addition to his parents, he was preceded in death by his sister, Tressa Bailey. He proudly served his country in the United States Army, was a truck Driver by trade and attended Shoal Creek Baptist Church. Survivors include his son, Tommy Bailey of LaGrange; sister, Alice Dale Brown of LaGrange; extended family, friends, and special recognition to his dog, “Little Bit” who he called his constant companion and love of his life.

Funeral services will be held on Thursday, March 9, 2017 at 1:00 pm at the Shoal Creek Baptist Church with Rev. Anthony Hovey officiating. Interment will follow at the Shadowlawn Cemetery with Military Honors. The family will be accepting flowers or donations made to the Shoal Creek Baptist Church Building Fund. On line condolences may be sent to the family at http://www.higginsfuneralhomes.com/ Higgins LaGrange Chapel Funeral Home, 706-884-7117