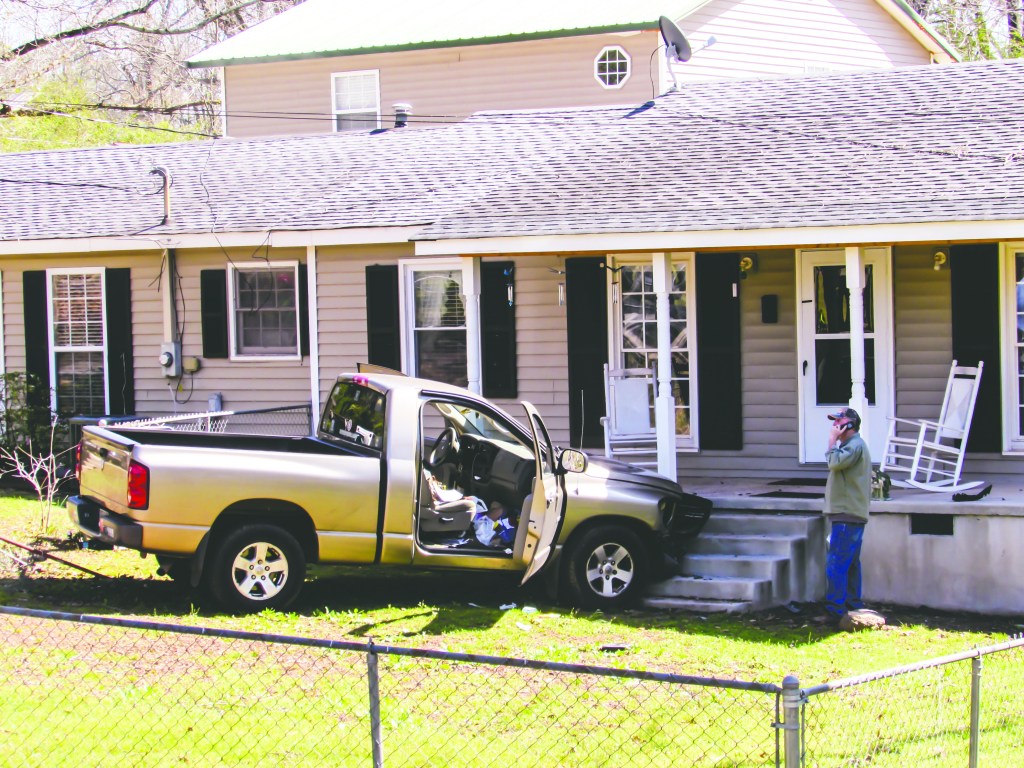 The owner of the home in the 500 block of Vernon Ferry Road talks on the phone while looking at his damaged porch. (Photo by: Melanie Ruberti | Daily News)

LaGRANGE – One homeowner received quite a surprise after a Dodge pickup truck slammed into the front of his home in the 500 block of Vernon Ferry Road just before 2 p.m. on Thursday.

The driver had several lacerations to her face and was taken to Wellstar West Georgia Medical Center for treatment, said Sgt. Stewart Smith with the Troup County Sheriff’s Office.

It appeared she was not wearing her seatbelt, according to a Troup County firefighter on the scene.

A dog sitting in the bed of the truck was not hurt in the crash.

A witness said it appeared the driver swerved off Vernon Ferry Road, overcorrected, traveled through the front yard and ran over a metal fence before hitting some concrete steps leading up to the house.

The witness told the Daily News the woman was unconscious when she walked up to the truck.

It was unclear as of press time Thursday evening whether the driver would face any charges.

No one inside the home was hurt.