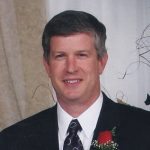 Dr. Major was born October 1, 1961 in LaGrange, GA, son of Glendora Ralston Major and the late Dr. Cecil Paul Major, Sr.  He was a member and Elder of Broad Street Church of Christ.  Dr. Major was and Eagle Scout and continued to actively served with the Boy Scouts of America and was an active member of the Troup County Cattleman’s Association.

Dr. Major was the former Chief of Surgery at West Georgia Medical and was a member of the American College of Surgeons and Fellow of the Southeastern Surgical Congress.  He served on the Board of Directors Living Hope for Honduras and took many mission trips to Gualaco, Honduras where he supervised farm development and helped build schools, churches, and children’s homes.

Dr. Major enjoyed working on the family farm, playing the banjo, hunting, fishing, playing basketball, and riding horses.  The legacy he leaves behind are his beautiful children and the lives he touched as he practiced surgery in Troup County for the past 20 years.