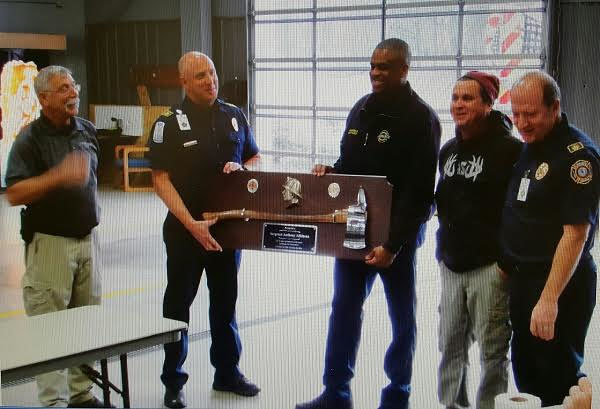 LaGRANGE  – A LaGrange firefighter was recognized for more than 30 years of service during a special ceremony.

Sgt. Tony Atkinson retired from the LaGrange Fire Department at the end of February.

Atkinson was presented with a special plaque during the event.

Sgt. Atkinson started his career with the department in Feb. 1985.

Atkinson was promoted to the rank of Sergeant in 1988 where he served as a Fire Apparatus Engineer and Acting Officer, Taylor added.