Cavaliers hang on for road win 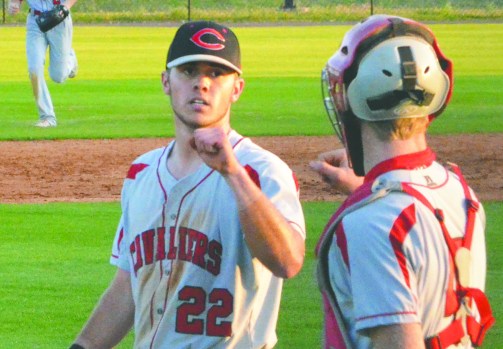 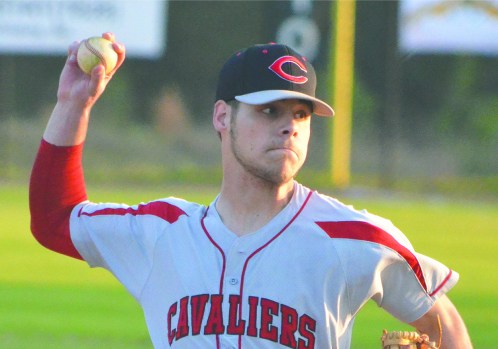 ROANOKE, Ala. – With the game in the balance, Callaway head coach Dusty Hubbard made the call.

Callaway pitcher Josh Hanson delivered an exceptional performance on Thursday afternoon against Handley (Ala.), but with the tying and go-ahead runs on base, Hubbard decided to turn the game over to Dylan Johnson.

Johnson, Callaway’s senior left-hander, headed to the mound with the tying run on third, and the go-ahead run on first base.

“I knew the situation wouldn’t be too big for him,” Hubbard said.

After falling behind in the count, Johnson came back to get a game-ending strikeout, and Callaway (6-7) walked away with a hard-earned 3-2 victory.

Hanson, the senior right-hander, got the win after throwing 7 2/3 strong innings, and Johnson secured the save.

The Cavaliers scored a single run in the second inning and two more in the third, and they made that lead stand up.

Handley scored its runs in the third and seventh innings.

“I didn’t think we played very well,” Hubbard said. “We left some runners out there. And we’ll have to do better. But a win against a quality opponent is good. We’re not going to give it back.”

It helped that the Cavaliers had Hanson on the mound.

Hubbard said Hanson didn’t have his best stuff, but he still found a way to get it done.

“Josh wasn’t at his best today. His slider wasn’t very good today,” Hubbard said. “But he competed, and just kept giving us innings. He just kept making pitches when he had to.”

Hanson said he knew early on he might not have his top-shelf stuff, so he adjusted accordingly.

“I knew when the game started I didn’t really have it,” Hanson said. “I just trusted my defense behind me to make plays.”

Things got interesting in the bottom of the seventh.

With two men on, an infield single scored a run in and made it a 3-2 game, and Hubbard brought Johnson in from center field to hopefully get the final out.

“I felt like we probably needed to go to another guy there, and it worked out today,” Hubbard said.

Handley was trailing 3-1 when it threatened to break through in the bottom of the fifth.

With men on second and third, Callaway third baseman Wesley Marchman fielded a ground ball and made a one-hop throw to first that was fielded by Slone Raper.

Had Raper not made the catch and the ball rolled away, two runs likely would have scored and the game would have been tied.

“It saved us,” Hubbard said. “You talk about plays to win a game, and that one there helped us win a game.”

At the plate, Braelin Mitchell had two hits and two RBIs.

Slone Raper had a hit and a walk, and Marchman had a single.

The Cavaliers struck first for a single run in the second.

Lott singled and moved up on a wild pitch, and he scored on a Mitchell base hit.

Callaway, thanks to wildness by Handley’s pitcher, added two more runs in the top of the third to go up 3-0.

Griffin, Johnson and Raper walked to load the bases, and Lott reached on a free pass to drive in a run before Sanders came through with his second RBI single to cap the scoring for the Cavaliers.

Callaway will visit Manchester on Monday before opening its Region 5-AA schedule on Tuesday against Temple at home.