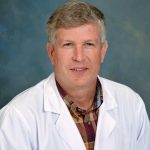 Dr. Paul Major, 55, died at Hospice LaGrange early Thursday morning after a battle with cancer. The loss was felt not just in the local medical community but also at his church, Broad Street Church of Christ, where he’d been a member his entire life.

“He was as good a friend as I’ve ever had,” said Gary Kirkendall, the senior minister. “He was a quiet man and never drew attention to himself.”

Major’s time in Honduras could wind up as big a part of his legacy as his medical career. The website livingforhopehonduras.org, outlines some of the work Major and the church did there, and is a place to collect memorial donations in the doctor’s honor.

“He was instrumental in the construction of the children’s home and the establishment of several churches there,” Kirkendall said. “He was a tremendous servant and a blessing to so many people.”

Dr. M.V. Naik worked in practice with Major for what would have been 20 years in June.

“He was like a brother,” Naik said. “We lost a great asset to the community.”

Naik said Major always put patients first and money second, only operating as a last resort. Major made laproscopic surgery so easy he should be called the “grandfather” of the procedure in LaGrange, Naik said.

“He was a great surgeon. He kept me going,” Naik said.

Major’s next love after being a doctor was his family farm, Naik said, and the doctor was family-oriented.

“We are heartbroken,” said Major’s sister, Migdon Mandon. “We love him dearly and we will miss him terribly. He was awesome.”

Richard Anderson was a former neighbor of Major’s when the two lived in town and called him a lifelong friend and fishing buddy.

“You worked with him, not for him,” she said. “He was just an awesome person.”

“Dr. Major was an exceptional surgeon and a dynamic force on our medical staff. He was a voice of honesty and integrity and a staunch patient advocate who always focused on providing the best care possible. He was a beloved member of our medical community for 20 years, and we are saddened by this loss.  Our thoughts are prayers are with Dr. Major’s family, friends, colleagues and office staff during this sad time,” Fulks said.