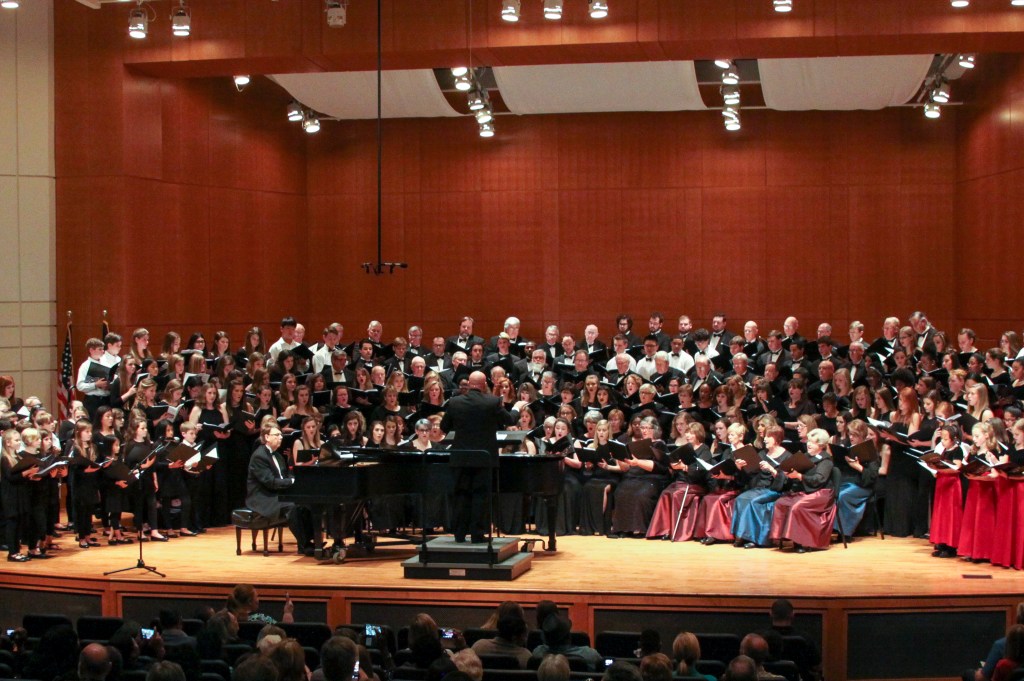 The Festival Chorus sings 'Festival Jubilate' at the Callaway Auditorium at LaGrange College on Saturday. The first of three songs performed by approximately 275 singers from the seven groups that participated in the Choral Arts Festival. (Photo by Alicia B. Hill | LaGrange Daily News)

LaGRANGE – This year’s annual Choral Arts Festival was fantastic in both the quality and quantity of performers who took part.

“Stacey Hardigree is in her 15th season as their artistic director,” said Program Director Elizabeth Biggs. “Their mission is to lead students to discover their potential in music, shape their talented minds and think artistically, to enrich their lives by providing opportunities to recognize beauty.”

The Sons of LaFayette sang next, led by Young Singers alum, recognized singer and newly announced assistant director Jalen Smith. The group has been under the direction of Dr. Beth Everett from LaGrange College for several months and is currently preparing for their spring season concerts. The LaGrange High School Chorus led by Katie Trent came next, followed by the Faithful Hearts Women’s Ensemble led by Sandy Blair.

The perhaps lesser-known in the area, but equally moving Voices of the Valley Children’s Chorus followed with some African inspired selections.

“Their vision is to inspire young singers to become lifelong lovers of music through their choral experience and community engagement,” said Biggs.

The last single group of the concert was the Choral Society of West Georgia, led by Biggs, which performed a piece composed by local police detective – Robert Kirby – titled “Prayer of Serenity.” Kirby’s wife, Kathy, accompanied the song on oboe.

The concert closed with a performance by the approximately 275-member Festival Chorus which was made up of all the choral groups taking part in the festival. The performance truly blew the audience away with beautiful renditions of three songs directed by Dr. Byron Cartwright of Point University.