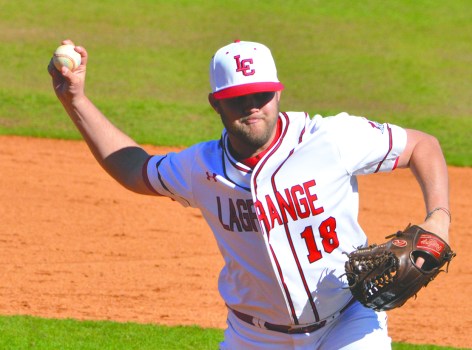 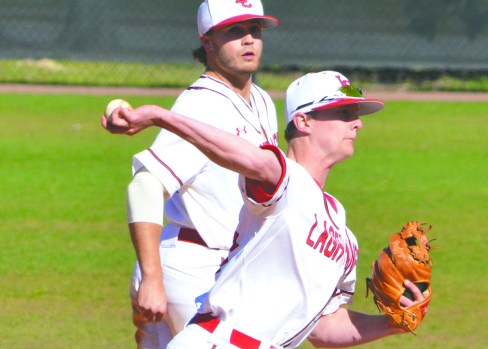 LAGRANGE – The beat rolls on.

The LaGrange College Panthers continued to dismantle the opposition with a doubleheader sweep of USA South Averett on Sunday at Cleaveland Field at Williamson Stadium.

After winning the first game 12-2, LaGrange College finished the sweep with a 17-2 victory.

The Panthers, who have scored a combined 40 runs in their past three games, improved to 21-2 overall, and 10-1 in the USA South.

Averett was no match for LaGrange College on Sunday.

The first game was close for a while, but LaGrange College broke it open with six runs in the fifth inning.

In the second game, the Panthers took control early with seven runs in the second inning, and they didn’t look back.

In Game 1, Tavin Thompson did a lot of damage from the leadoff position with three doubles and three runs scored.

Ryan Broaderick (4-0) got the start and pitched six innings and allowed one earned run.

In Game 2, Butcher headlined an explosive offensive effort with four hits and five RBIs, and he drove in two of the runs with a triple in the sixth inning.

Andrew Weekley (5-1) started and pitched six innings and gave up one run, and Stephen Coelho threw the seventh and final inning.

GOLF: LaGrange College delivered a stellar final round on Sunday to finish sixth in the Jekyll Island Collegiate Invitational.

Logan Lanier finished with a 68 on Sunday to move all the way up from 18th to fifth place.

Lanier posted scores of 74 and 73 the first two days.

SOFTBALL: Amber Arnold, a freshman from Troup High, hit a solo home run in the first game of Sunday’s doubleheader against Averett.

That was one of the few highlights on the day for the Panthers, who lost the doubleheader 10-1 and 9-2.

In the first game, Arnold’s home run came in the bottom of the fourth inning of the 10-1 loss.

In the second game, Kelsey Dietz hit a solo home run for the Panthers, and Arnold had a hit and a walk.

OF NOTE: For photos from Sunday’s baseball games, check out Facebook.com/LDNSports