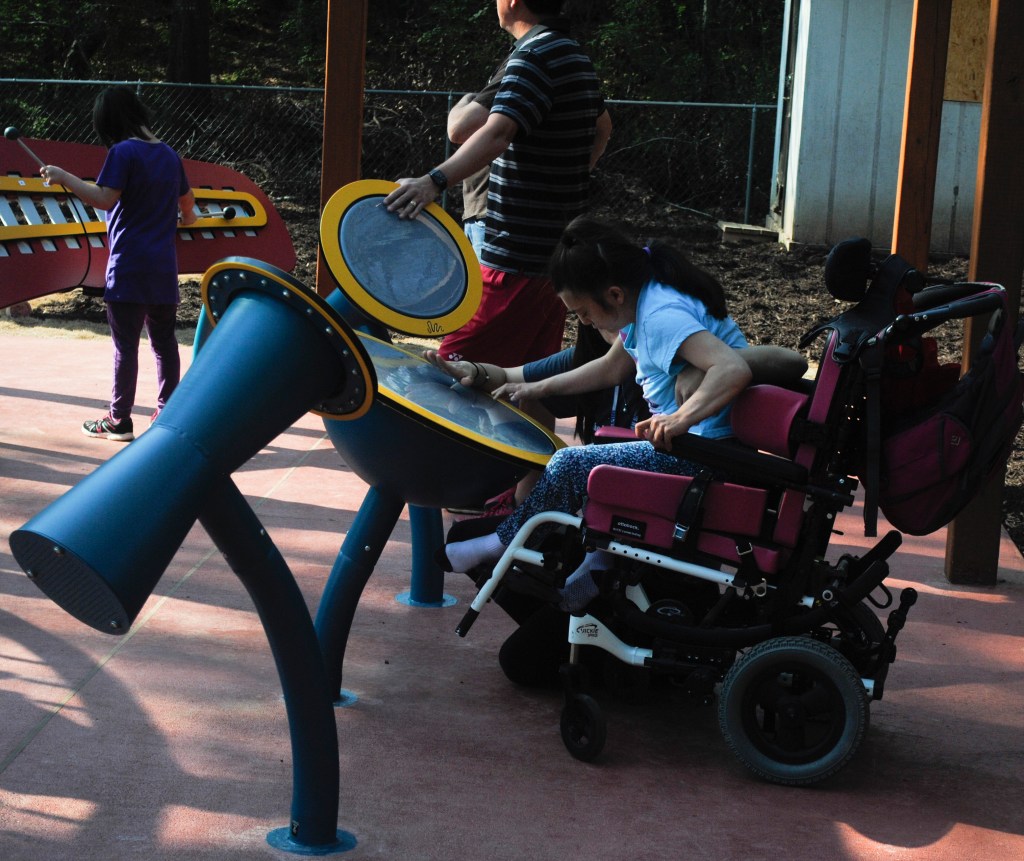 LaGRANGE- The new addition of the Joyful Noise Playground will bring music to the playgrounds of Lafayette Christian School by students from the Discovery Cottage, Early Learning Center, Pre-K, Kindergarten and Elementary School.

The new attraction at Lafayette Christian School, dedicated Tuesday, is a project that got initiated by 15-year-old Nathan Fain, an Eagle Scout candidate. The playground is comprised of different sets of instruments like keyboards, cadences, duets and swirls.

“I met with Mr. John Cipolla, the headmaster, and asked him about doing some projects,” said Fain. “I’ve been looking over a year and a half for a project that I thought would challenge me to be a better man and I went to Mr. John about it. I knew it would be really expensive and going around as a 15-year-old looking for that much money would be tough. The total cost of the project was $22,000 and overall it turned out to be $40,000. I went around and raised about $25,000 in cash and everything else was donated by businesses downtown, but overall it was a good idea.”

Fain, who is home-schooled by his parents, coordinated the project. From Sept. 6, 2016 (the starting date) to the project’s completion date (Tuesday), Fain was fully involved in every aspect of the playground being built. Fain put together a presentation book to show people whenever he went door to door to ask for funds. He sought out businesses for help. He was able to reach out to different companies to come out and pour the concrete where the playground was going to be at. He had a group of 15 teenagers help him put the structure around the playground. He organized the project and had plenty of volunteers help and support him throughout the process.

The total cost of the project included purchasing equipment, skilled workers and general labor. An impressive number of 50 businesses contributed to the project.

“I’ve never seen anything like this around, but I saw it online and I was immediately attracted to it,” said Lafayette Christian School headmaster John Cipolla. “So many times special needs students are interested in music and they enjoy that. This will be a way for all students of various abilities to come together and have a common effort to enjoy music and enjoy each other. That’s why we decided to locate it here near the Discovery Cottage and Learning Center.”

When it came to the music-related theme of the playground and the title “Joyful Noise,” Fain said he came up with the music topic from the Bible verse Psalms 98:4 (“Make a joyful noise unto the Lord, all the earth: make a loud noise, and rejoice and sing praise”).

Speaking to how impactful the playground will be, Fain said, “Hopefully a lot.”

“There’s actually not another playground like this close by,” he said. “The closest one is in Columbus. I think it will be very helpful for the community and mainly for the school. I thought about the stage idea and the structure to make it feel like the kids can play on the playground and make it wheelchair accessible and fun to play for everyone. To have this as an academic area will be helpful for not just the school but for the community as well.”

One hour a week