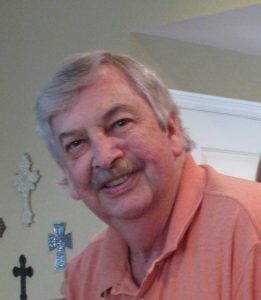 Born in Fayetteville, North Carolina to John A. Holmes and R. Clemmie Caperton Holmes, Mr. Holmes moved to LaGrange in 1946 when his father opened Holmes Rexall Drug Store. After graduating from LaGrange High School in 1959, he attended LaGrange College and graduated from Auburn University’s School of Pharmacy in 1965.

Mr. Holmes made a career in pharmacy, purchasing Holmes Rexall Drug Store from his father. After selling the business, he worked as a registered pharmacist and eventually retired from Revco/CVS.

As an avid golfer, Mr. Holmes was a long time member of Highland Country Club. From the time he moved to LaGrange, he was a member of First United Methodist Church.

A memorial service will be held Wednesday, March 22 at 1:00 p.m. at the Chapel of First United Methodist Church. The family will receive visitors immediately following. In lieu of flowers, the Holmes family requests that donations be made to either First Tee of Troup County or West Georgia Hospice.