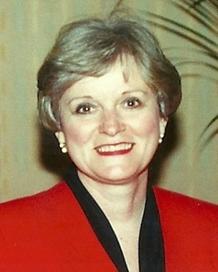 Just about everyone in northern Alabama and west Georgia knew Kay Vice and heard about her dedication to broadcasting and her commitment to community.  In 2016, Kay was named Broadcaster of the Year and inducted into the Broadcaster Hall of Fame by the Alabama Broadcasters Association.

Kay married Jim Vice, also an ABA Broadcaster of the Year, in 1961 in Alexander City, Alabama.  Jim started in television and Kay worked for a middle school doing bookkeeping.  The couple moved to Wedowee in 1988 to own and operate WELR FM/AM in Roanoke, Alabama.   Kay joined Jim at the radio stations and worked in the family business the rest of her career.

Together, Jim and Kay made significant improvements at each station over time.  Kay was very hands on as Eagle’s Nest built a new building in 1999.  Not only did she manage the finances, she helped design and decorate the facility.

Not everyone knows that Kay was also an artist.  She enjoyed painting people and animals mostly.  In fact, some of the cows and deer on the Vice’s farm in Alexander City, Alabama have been kind enough to sit for their portraits, which now decorate the interior of the Vice’s farmhouse and the WELR FM building.

Kay also had a gift for helping others. The Randolph County Learning Center, a day-treatment center for individuals with intellectual disabilities, is just one of the projects to which Kay was devoted.  Working with the Rotary Club, Kay led annual fundraising drives that are matched by federal and state funding. In 2015, she along with others, raised $100,000 for the center.

Kay was a former Rotary Club president. She was also a lead player in the Rotary’s restoration of the Martin Theater in Roanoke. The project proved to be an inspiration for other revitalization initiatives bringing new life to the downtown area.   One of those projects that was near to her heart was that of raising funds to help build the Kid’s Town Playground in Roanoke’s Kiwanis Park. In addition, Kay was very involved with the Pilot Club of Roanoke’s annual “Christmas for Kids” project which provides gifts to the area’s underprivileged children.

Kay was frequently recognized by local leaders for her ability to recognize needs in the community and her ability and willingness to have an impact.

Memorial messages may be sent to the family at www.radneyfuneralhome.com.

Radney Funeral Home is in charge of the arrangements.