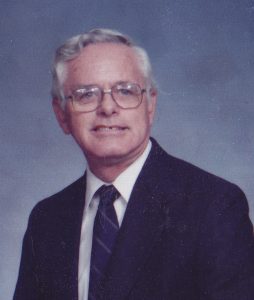 Mr. Turner was born April 6, 1930 in Elmhurst, IL to the late Arthur Turner and Elizabeth Parry Turner and grew up in Wheaton, IL. He was a member of First United Methodist Church in Hyattsville, MD and a long time member of the choir. Mr. Turner was a graduate of Wesley College in Dover, DE and retired from the University of Maryland in the Horticulture Department. In addition to his parents, he was preceded in death by a sister, Janet Turner Stransky; and niece, Beth Stransky Feris.

Funeral services will be 3:00pm Saturday, March 18, 2017 in the Chapel of Striffler-Hamby Mortuary with Rev. Kory Trinrud officiating. A private burial will follow in Greenville City Cemetery.

In lieu of flowers, the family requests donations be made to First United Methodist Church of Greenville, GA in memory of Robert P. Turner.