A new chapter for West Point 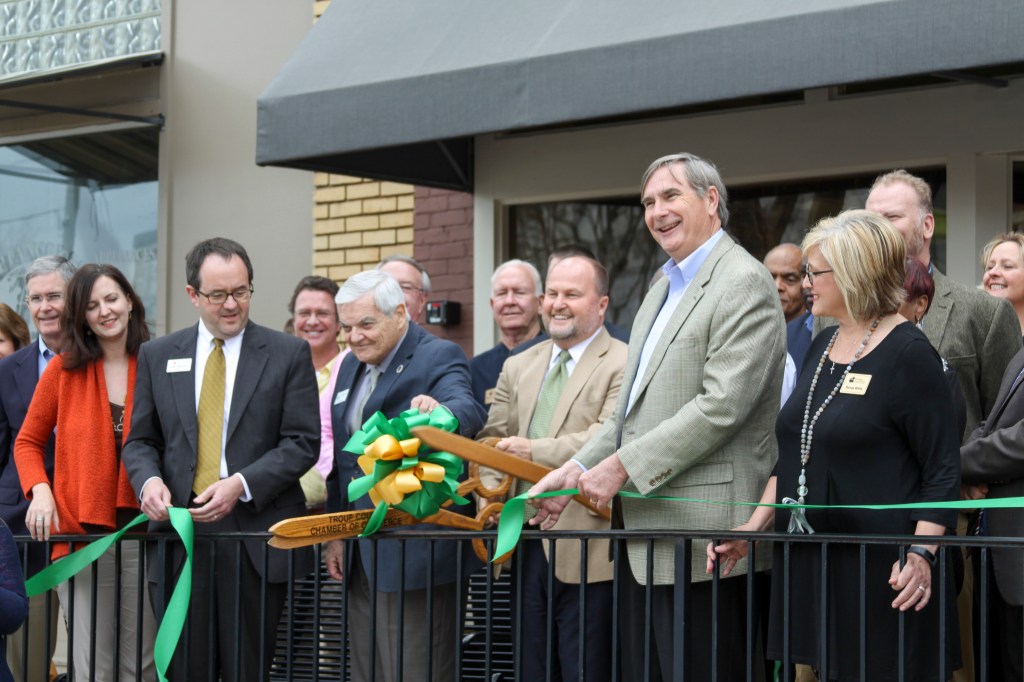 WEST POINT – West Point opened its doors on a new chapter on Thursday with the grand opening of the West Point business and visitor’s center at 707 3rd Ave.

The grand opening has been a major project for the LaGrange-Troup Chamber of Commerce for years, and those who have worked on the project were excited to finally see the product of all their hard work.

“It’s been eight years in the making,” said Chamber President Page Estes. “When I was hired by the chamber I was really given three responsibilities: The first was to make sure that we represented all types of businesses, small, medium and large. … I also was tasked with making sure that we as an organization served from exit 28 to exit 1, and that we were a part of Hogansville, LaGrange and West Point. … And the third task that they gave me was to tell the story of Troup County. Of our great communities and our great people.”

Estes credited local businesses and local politicians – both past and present – with the new chamber office in West Point through their work and cooperation with the chamber, including LaGrange Mayor and former chamber chairman Jim Thornton.

“For a long time this has been a goal for the chamber to have a presence both in West Point and Hogansville,” said Thornton. “As the chamber and as a representative of the business community, it reflects the goal of pulling the entire county and the entire region together.”

The chamber hopes that having an office in West Point will help encourage further growth in the city both for businesses and tourism.

“We are very excited to have a stronger relationship with – and partnership with – Troup County as a whole and to promote tourism,” said Chamber Chairman John Asbell. “It has always been our goal to create jobs here and to promote small businesses, large businesses any way we can, but to further tourism in West Point is just exciting, and we are happy to be a part of that.”

West Point’s downtown has gained new life in recent years. Along with the Kia plant that opened almost a decade ago, the city is now home to Point University, several locally owned restaurants and a brewery that is scheduled to open in this spring.

“I’m just excited for what is happening for West Point,” said West Point Mayor Pro-Tem Steve Tramell. “Every time you guys come up here we are growing and improving, and we are going to continue to do that.”

The Troup Chamber also has plans to open an office in Hogansville in the near future.