Fishing for a ‘Miracle’ 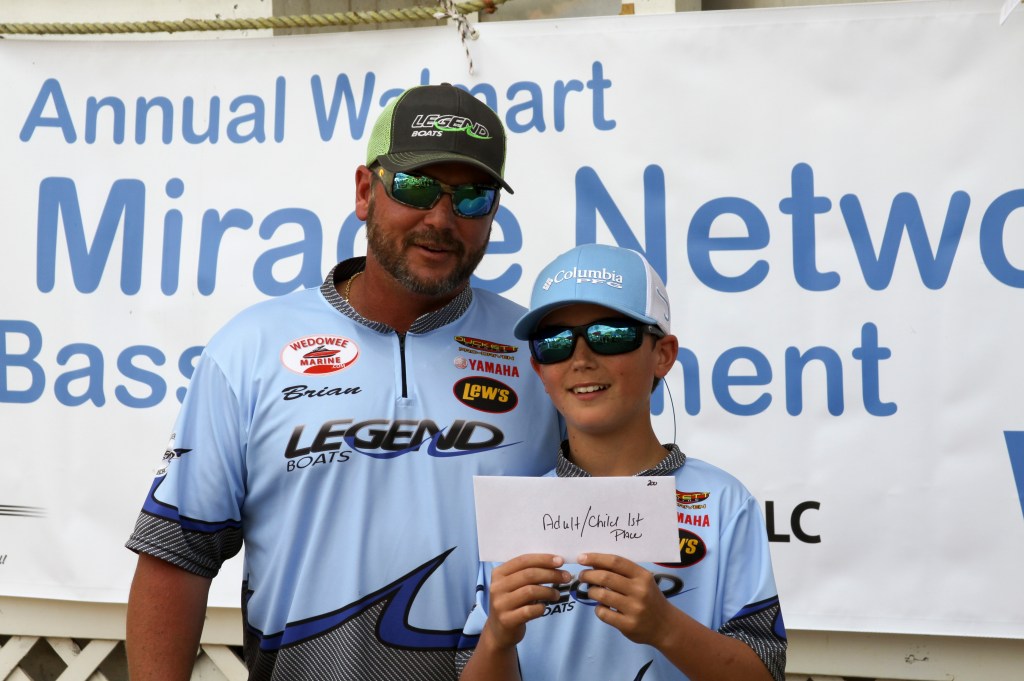 LaGRANGE – Fishermen turned out in droves at Highland Marina on Saturday to see who could catch the biggest fish and raise money for the Children’s Miracle Network.

The 11th annual Walmart Children’s Miracle Network Charity Bass Tournament had a great turnout this year with 74 boats and 144 fishermen participating in the tournament. CMN is a non-profit that raises funds for children’s hospitals, medical research and community awareness of children’s health issues.

“I started doing this (tournament) probably – well this is our 11th year doing it – so I started this 11 years ago just as a charity fundraiser through the DC (distribution center), and it has just progressed over the last 11 years,” said Kevin Barfield, the manager of Walmart Distribution Center 6054 in LaGrange. “… We’ve got it to where now, we do pretty good with it. I think this year after all of our expenses are paid, we’ll probably make between $6,000 and $7,500 – which is pretty good – that we’ll end up donating to CMN (Children’s Miracle Network), so it is pretty good for a one day tournament.”

All funds raised by the tournament are slated to go toward CMN with the exception of the funds needed to cover expenses. The local distribution center chose to sponsor CMN from a list of charities approved by the company as a whole, and organizers were excited to be raising money for such a great cause.

“I think that is one reason that we get a pretty good turnout,” said Barfield. “I think people like to fish charity tournaments because they know where the money is going.”

Walmart is a sponsor of CMN and the company raised more than $63 million for CMN between its US and Canada locations last year through fundraisers like this weekend tournament, and the success of tournaments like this one will hopefully feed into similar numbers for this year.

“I think this is the best year that we’ve had in a couple of years,” said Vickie Steele, who helped organize the tournament. “… We had 74 boats, and I think that is the biggest turnout we’ve had in the last two to three years.”

Organizers were thankful for the event’s sponsors like Kimble’s – who donated lunches – and Diverse Power – who donated prizes –  as well as financial donors like Electrical Technicians Inc., Wheelabrator, Morpower Electric, Statewide Mortgage and Trackmobile for their help in making the tournament a success. Many of the fishermen also won Walmart gift cards.