Dowell: We all wish for the strength of Abraham 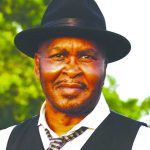 While sitting in the library of my home watching Investigation Discovery (ID), a popular television program which takes an investigative approach looking at high-profile crimes, I was amazed that a column I had written about an FBI agent, whose testimony resulted in the execution of his son, was now on television (www.investigationdiscovery.com)

Most of us have heard of David Kaczynski, the man who helped police capture his brother, the famous Unabomber. It must’ve been a major dilemma for him in making the decision to identify his brother as what some called, an American-born terrorist.

Not long ago a California law enforcement officer was suspended for his actions in assisting his son in evading arrest after committing a series of bank robberies. If faced with such a crisis situation, each of us could find ourselves on the opposite side of the law, as did a Minnesota mother, who arrived home to discover that her son had killed an acquaintance in their home. Rather than call the law, this brazen mother helped her son dump the body and later clean up the horrific crime scene.

The reality is that even those of us who daily respect and govern ourselves according to societal laws really do not know what we would do if faced with being perceived as a traitor to our loved ones. In the high-profile, Bernie Madoff billion-dollar Ponzi scheme, family members were quick to express their hatred and anger at his having ruined so many lives. Andrew Madoff, himself a former trader in his father’s New York-based company, denied knowing anything about the scheme which sent his father to a North Carolina prison for 150 years in 2009.  He is quoted as saying, ‘I will never forgive him (his father) for what he did,’ he said. ‘He’s already dead to me. I feel horrible for the people whose lives have been destroyed by my father’s crimes.’

As I said in my previous column, we all wish for the strength of Abraham when he was asked by God to sacrifice his only son. Abraham was obedient. He trusted in God’s wisdom without equivocation as is chronicled in Genesis 22: 2, 9-12 (New International Version-NIV).

Very few parents would be able to drink from the cup that Abraham was prepared to drink. He represents the personification of having faith and believing in God. For his obedience, he was granted many favors.

John Cook, an FBI agent with the faith of Abraham

In 1995, two Mercer University young people made a decision to park in an area called Lake Juliette, not too far from Macon, Georgia that cost them their lives. The area they chose was well-known as a kind of lovers’ lane for young people.

As the two lovers became totally immersed with each other’s company, their conversation was violently interrupted with gunfire from an AR-15 assault rifle. Taking the couple by surprise, an assailant pumped 14 rounds into the couple’s car and apparently not satisfied, fired five more shots into the vehicle with a 9mm pistol. As if murdering the couple were not enough, the assailant desecrated the female victim’s body by spitting tobacco juice between her thighs.

If you believe in divine intervention, it would take Randy Upton, a former Georgia Bureau of Investigation (GBI) agent assigned to the case to solve the murders. After church services one Sunday, Upton took the entire case file to the altar of his church and prayed for God’s assistance. He was led to Andrew Cook, the son of a well-known FBI agent who lived in the area. Cook was arrested on December 5, 1996.

After the arrest, he confessed to his father- FBI agent, John Cook, that he had killed the couple. The father could not make sense of what the son had done. The son’s confession to him, however, created a moral and ethical dilemma for the veteran agent. This was a crisis that no parent wants to face. Cook knew that the son must face the consequences of his actions and this God-fearing agent became a witness for the prosecution.  In doing so, he prayed to God that maybe, just maybe, because of the son’s cooperation and his testimony, that his boy’s life would be spared from execution.

THE RECKONING FOR DAVID ALLEN COOK

Eighteen years after his crime, 15 years after his conviction for capital murder, it was time for the young Cook to pay for his crimes with his own life. On February 21, 2013, David Allen Cook was taken to the State of Georgia’s death chamber and pronounced dead at 11:22pm. In attendance were family members of the murdered couple and of course, the former GBI agent who solved the case.