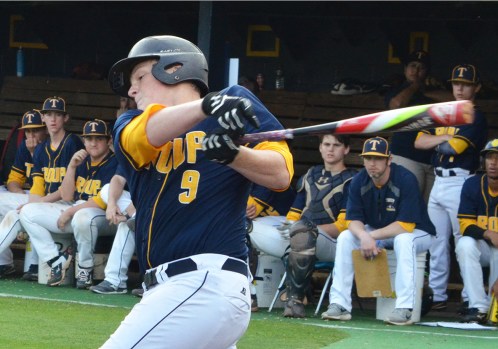 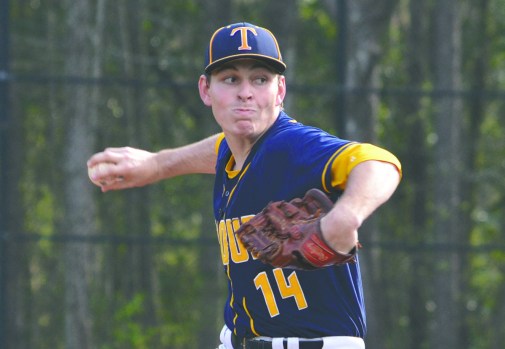 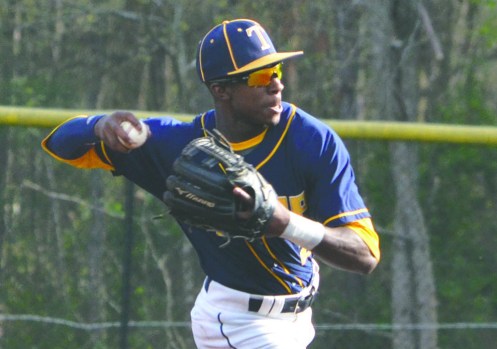 LAGRANGE – With senior Jarred Helton putting the handcuffs on Sandy Creek’s lineup, the Troup Tigers reached the halfway point of their region schedule with a 3-1 victory on Tuesday.

Troup (13-8 overall) has a 4-2 record against Region 5-AAAA opponents, and it is just one game out of first place.

Helton was terrific in Tuesday’s game.

He needed just 68 pitches to throw the seven-inning complete game, and he held the Patriots scoreless after giving up a run in the third inning.

Helton had a couple of rocky innings in a loss to Central-Carroll last week, but he was in command against Sandy Creek.

“That day, I was up in the zone more,” Helton said of the Central-Carroll game. “My arm speed was working better today. So I threw better. I feel like I got zoned in, and I was working down more. I felt better today.”

Coming into the season, Troup head coach Craig Garner knew that sophomore Colby Williams had the ability to be a lock-down pitcher, and he has been phenomenal.

Garner was hoping another one of the pitchers would respond and be an anchor on the staff, and Helton has filled that role effectively.

“It was who was going to step up, and he did,” Garner said. “The last four starts, you couldn’t ask for anything better.”

The Tigers did enough offensively to secure the win with single runs in the third, fifth and sixth innings.

After Sandy Creek scored a run in the top of the third inning to take the lead, Troup answered with a run in the bottom of the inning.

Robinson got the inning started with a base hit, and he moved to third following bunts by Kenly Bridwell and Helton.

Robinson then scored on a wild pitch, and the game was tied 1-1.

Troup took the lead with a run in the bottom of the fifth.

Camren Russell led off with a walk, and Robinson moved him up a base with a sacrifice bunt.

Russell came around to score when Bridwell reached on an infield error, and Troup had the lead.

Robinson played a big hand in Troup’s first two run-scoring rallies with a hit and a sacrifice bunt.

“We just do the little things,” Robinson said. “Just get a bunt down, make the other team make errors.”

In the sixth inning, Troup added a key insurance run.

Bliss singled and moved to second on a wild pitch, and Doughman’s RBI single brought him in and made it a 3-1 game.

Helton pitched a perfect top of the seventh.

Troup will host Chapel Hill on Thursday before visiting Cedartown on Friday.