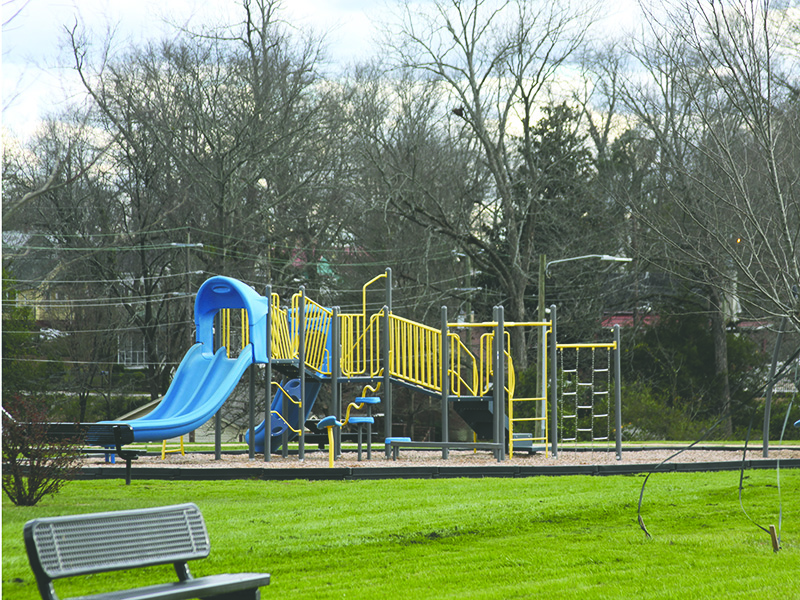 LaGRANGE – After months of hard work and review, the action plan for the revitalization of Calumet Village is almost complete.

Members of the Georgia Conservancy were hired by the Callaway Foundation to help residents of Calumet Village near downtown continue their revitalization efforts with a clear plan for the neighborhood’s future. The group presented its progress on the plan to the city council during a work session on Tuesday, and the group was very excited about both the neighborhood as it is and what it has the potential to be.

“People really love Calumet,” said Katherine Moore, director of the Georgia Conservancy’s sustainable growth program. “There is certainly not a lack of awareness that there are challenges and improvements in the future that many of them are considering – that the neighbors need to build to – but there is a lot that people love about it. The park is a big part of that and the sense of neighborhood and the quiet and the proximity to downtown.”

The team highlighted the community’s location of about a mile from downtown as one of its positive features due to LaGrange’s active downtown area, and the group pointed out the importance of features within the neighborhood as well so that city officials could see how important they are to communities like Calumet.

“The park is a huge focal point – identity point, a point of civic pride – for that neighborhood,” said Moore. “… It becomes their thing that is in the neighborhood, although obviously, it is part of the larger community system.”

The Farmer’s Market on the opposite side of LaFayette Parkway was also listed as a positive for the community despite the difficulty of reaching it at times due to traffic. Conservancy members expressed hopes that the corridor and Thread plans would work to improve the walkability of that section as well as other areas of the community.

“So, when you start to build out this corridors plan, it really starts to reconnect Calumet to downtown in a more aesthetically pleasing, safe way, and this can improve the community overall,” said Johanna McCrehan, a planner with the Georgia Conservancy who served as the project manager for the Calumet Village plan. “… Making that bridge to Greenville Street more attractive and safer – specifically on Horace King bridge – is also a key ingredient of getting people to this place if it is not just by car.”

Projects that were identified as needing work included increased community programs for children, increases in home ownership and cleanups on properties not in use. The recommendations came following the review of a survey within the community to determine what people living in Calumet saw as the most important parts of their community that received more than 100 survey responses.

“A great opportunity for the city and the community to work together would be places like… the Thread, but maybe add in some signage that points people to what is in Calumet Village that they may want to go to whether it is the farmer’s market… or other assets,” said McCrehan. “… This could be done throughout LaGrange along the path, but we believe that Calumet Village would really love to work with the city and path initiatives to find out how they can bring their own element to this larger neighborhood.”

The other two members of the conservancy team were unable to attend the update, but their conclusions were integrated with the presentation to the council.

“We certainly appreciate the leadership of the neighbors as well… and we are very excited about what’s gone on already and what the potential is for Calumet,” said Mayor Jim Thornton. “We really think you could become the example – in fact it already is, Dr. (Robert) Tucker has already been approached by some other neighborhoods in town who have requested your guidance in how a neighborhood can pull together and really try to revitalize itself.”

The Georgia Conservancy plans to present their final plan to the City Council in about four weeks.