International festival prepares for another year 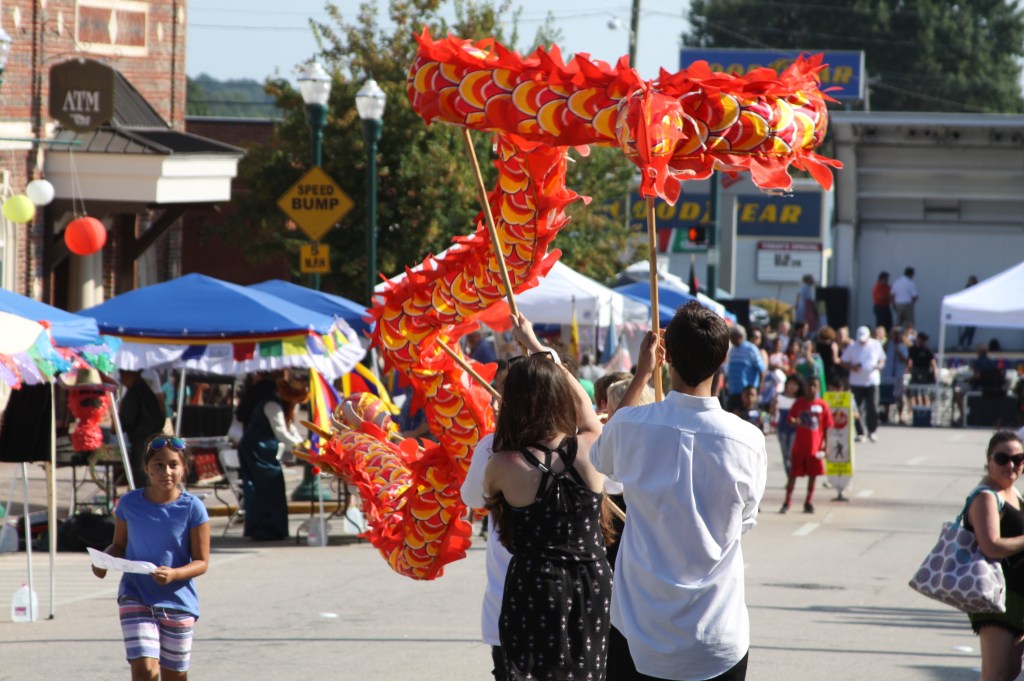 LaGRANGE – Even with almost six months to plan, organizers for the LaGrange International Festival (LIFE) are already reviewing what did and did not work for last year’s festival in order to make this year’s event even better, and some of the organizers presented their findings to the city council on Tuesday.

LIFE kicked off last year with a student art competition on Friday night, followed by the festival on Saturday and wrapped up with a Sept. 11 remembrance concert on Sunday with spectacular turnout. After the success of those events, organizers are already excited for the festival’s second year, which is planned to take place in downtown again this fall.

“When the festival kicked off, I thought if we had 100 or 200 visitors to downtown on our very first time, it would be great,” said Jeff Lukken, who helped organize the festival. “We printed up 300 brochures and 250 of our scavenger hunt brochures for the children.

“The festival started at 4 o’clock. (It) went from 4 to 8, and by 3:50 – 10 minutes before we opened – all of the brochures were gone, and all of the scavenger hunt brochures were gone. The crowds just came in droves. We estimate between 2,000 and 2,500 came to visit us during that time period.”

The event was run by approximately 90 volunteers manning 20 booths representing 23 countries. The booths featured everything from food to art and artifacts to the cultural dress of the countries represented. Music, games and crafts also played a major role in the festival which highlighted the international community living and working in LaGrange.

“In strategic planning, it was suggested that this community ought to become more of an international community, so LIFE – instead of focusing on just one or two sister cities – we decided to celebrate all of the diversity and all of the different countries that were represented through our community,” said Lukken, who worked closely with strategic planning during his time as mayor. “This LIFE international festival was the first effort we had at recognizing how many different nationalities are represented in there.”

The city council was excited about the festival’s success and the increased visibility that it brought to LaGrange’s international community.

“This is what our community represents, and I just want to thank y’all for putting it together and bringing together,” said Councilman Willie Edmondson. “Our community represents all of this diversity, and to celebrate this is just another welcome arm to bring everybody in. It is just wonderful to see.”

The council suggested the possibility of locating the festival on Main Street instead of Bull Street for this year due to the unseasonably warm temperatures during last year, which made it uncomfortably hot on sections of the street that offered little shade. The council expressed hope that Main Street’s taller buildings could offer shade to festival goers without having to move the festival time later, which would make it easier for the festival’s primary target audience of children to enjoy the festival without dealing with temperature extremes.

Organizers expect this year’s festival to take place on the weekend of September 9 and 10 due to their desire to coordinate the festival with the group’s 9/11 remembrance concert again this year.