Hanson shines as Cavs get win 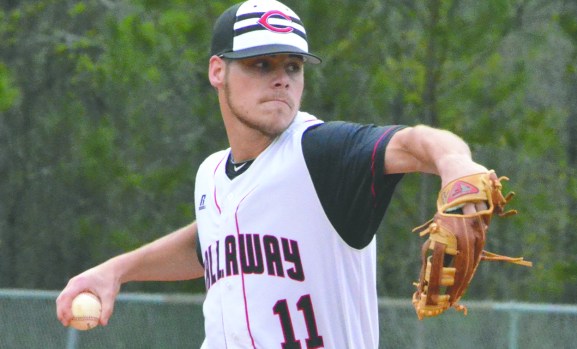 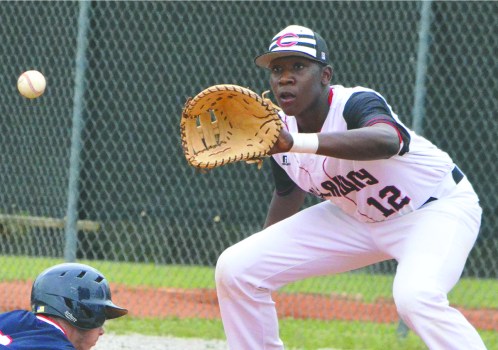 HOGANSVILLE – Josh Hanson was in command.

Hanson, a senior right-hander for the Callaway Cavaliers, dominated Lamar County’s lineup to lead his team to a 7-1 victory on Thursday.

The teams were supposed to play a doubleheader, but the second game was postponed in the second inning because of weather, and it will be made up today at 5:30 p.m.

Hanson pitched all seven innings, and he gave up four hits and one walk, and he had eight strikeouts.

“’He had all his stuff going,” Callaway coach Dusty Hubbard said. “His slider was a lot better.”

Hubbard said a key to Hanson’s success is his ability to not give away the pitch that’s coming.

“That’s one thing that makes him as good as he is,” Hubbard said. “Every pitch looks the same coming out of his hands.”

The Cavaliers (13-7 overall) improved to 5-0 in Region 5-AA, and they won their eighth consecutive game.

Braelin Mitchell had two hits for the Cavaliers, while Kyle Campbell and Milton Turner each had a double.

Dylan Johnson was on base three times and he had a hit, Chandler Lott had an RBI single, and Hanson walked three times.

The teams began playing the second game, and Johnson was pitching for Callaway when it was called in the second inning. Today’s game will start from the beginning.

OF NOTE: For photos from Thursday’s game, check out Facebook.com/LDNSports