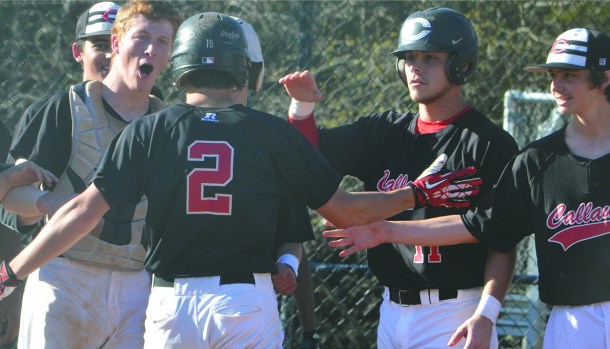 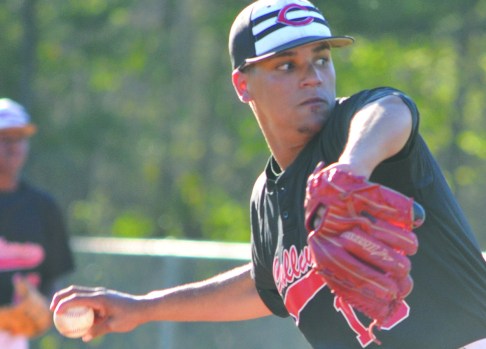 HOGANSVILLE – That’s six up and six down for the Callaway Cavaliers.

Callaway’s baseball team improved to 6-0 in Region 5-AA with an 11-1 home win over Lamar County on Friday afternoon.

The Cavaliers (14-7 overall), who have won nine straight games, remained in a first-place tie with the Heard County Braves in the region.

Callaway beat Lamar County three times last week, and none of the games were competitive.

The Cavaliers won the three games by a combined score of 24-3, and Friday’s game was the most one-sided of the three.

In a game shortened to five innings, Ben Griffin had two hits including a solo home run, and Kyle Campbell went the distance on the mound.

Griffin’s home run came in the second inning when he drove the ball over the right-field fence, and he added a double during a four-run fifth inning.

“Ben’s got some pop,” Callaway coach Dusty Hubbard said. “He’s as good a hitter as anyone we’ve got. He just had to stay in his approach. He did a good job today. He swung it good all day today.”

The game was tied 1-1 in the bottom of the first inning when Griffin came to the plate, and he hit his home run with two strikes.

“It sparked us, no doubt,” Hubbard said. “He fouled off three pitches, and ended up getting one he could hammer.”

Campbell usually comes out of the bullpen, but he got the start on Friday after the second game of Thursday’s doubleheader got rained out in the second inning.

Dylan Johnson started for Callaway and pitched into the second inning on Thursday, and Hubbard decided not to bring him back a day later.

“Kyle, he’s a strike thrower,” Hubbard said. “We’d like for him typically to be a relief guy, because I feel like he comes in throwing strikes. He did a good job handling that.”

Offensively, leadoff hitter Drake Wade was on base four times with two hit, including a double, and a pair of walks.

Destin Patrick came off the bench and had an RBI single in the bottom of the fifth inning that ended the game.

Slone Raper was on base three times after walking twice and getting hit by a pitch, and Kyle Campbell walked and was hit by a pitch.

Milton Turner added a base hit, and Josh Hanson walked and scored a run.

Callaway will host Christian Heritage on Monday at 5 p.m. before playing three region games against Jordan.

Tuesday’s game with Jordan will be on the road, and Callaway will host a doubleheader on Thursday.