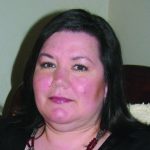 Hubby and I are trying something new for Lent. Most years I don’t even realize that the season of sacrifice is upon us, but if I do happen to peek out of the world I’ve created in my imagination at the right time, I’ll declare that I’m giving something up – chocolate, cussin, “Days of Our Lives.” It never sticks, but this year, I’ve found just the thing, and so far, so good.

I overheard someone talking about what she was doing for lent, and while it didn’t seem sacrificial exactly, it intrigued me. Every day during the Lenten Season, she was getting rid of one bag of “stuff.” It didn’t even have to be a garbage bag every day, something as small as a grocery sack would do.

“How in the world will you find enough stuff that you want to get rid of to fill 40 bags?” her companion was aghast.

I didn’t hear the lady’s answer, but I knew that I had found one of my people. And I went right home to Hubby and announced what we were giving up for Lent. Maybe with a holdover performance until the Fourth of July.

I don’t know how in the world two people with no money have managed to accumulate so much stuff! We are surrounded by things, some timelessly wonderful, some with deep family meaning, but most of it is just … stuff. And so, we cobbled together a plan. We would pirate the lady’s idea of one bag a day, and use the old “If you haven’t used it for a year, get rid of it!” guideline to help us be strong when we picked something up and said, “Awwww! I remember when we got this! How can we toss it out when it commemorates our trip to Maine?”

It was easy at first. The obvious stuff went out – old stuffed animals and really tacky lamps and the stuff that had cluttered the carport. One day I tackled my closet, thinking that it would be hard, but I would persevere and come up with a bag to discard, even if I had to throw away a couple of items that I really liked. Three lawn and leaf bags later, I felt a little lighter, and a little embarrassed. I didn’t even recognize some of those clothes!

It’s not easy every day. One day we worked in the yard, and we decided to make that a bag. A couple of times we’ve realized at the end of the day that we didn’t do a bag that day. But mostly, we have discarded at least a grocery sack every day.

It occasionally ouches. How do we get rid of Thor The Retriever’s favorite toy? It feels disloyal, even though he’s been gone for three years now, and we didn’t even know we had it until we opened that cardboard box in the junk room. And Mama would roll over in her grave if she knew that I was considering tossing her old prom corsage I found pressed between the pages of a book.

There are a couple of things that are riding the fence between toss and keep. I thought I was gonna just dump them right into a bag with no problem. No looking back and no regrets. But I’ve tried twice now, and I haven’t been successful, even though I know that I should, by our rules, get rid of them.

One is a little ceramic figure of a girl in a long billowy dress. It is very basically done- yellow for one ruffle, white for one ruffle, yellow for the shawl around her shoulders. Her face is lovely. Mama painted the face when I cried at the ceramic shop because while I did well with painting the yellow and white dress, I couldn’t handle the delicate work needed to make her face look pretty.

The other troublemaker is a little ceramic figure of a Persian cat. It is solid white, even the eyes, because Brother was too young to paint any details at all, but he wouldn’t accept Mama’s help, because he wanted his gift to me to be all his own work. I have tried, but for now, those two silly little things are tucked into Grandmaw Ellis’s bowfront curio cabinet.

I know that there will be more hard decisions, and that some days I won’t even hesitate. And, some days I won’t be able to fill a bag, or even start a bag, but I think I’ve figured out why the lady I overheard knew that discarding “junk” for Lent was more than just a 40-day plan to clear her house of clutter. Lent is meant to be a time of fasting and contemplation, commemorating Jesus’s time in the desert, during which we prepare ourselves to be closer to God. It is a time of getting rid of “junk” from the mind. And with each bag, whether grocery or industrial-sized, I am clearing a little bit of my mind and soul. Thank you, lady. When you get done with your house, come on over – I’ll provide the bags.

Bowen: Meet grouchy people on their end of the…