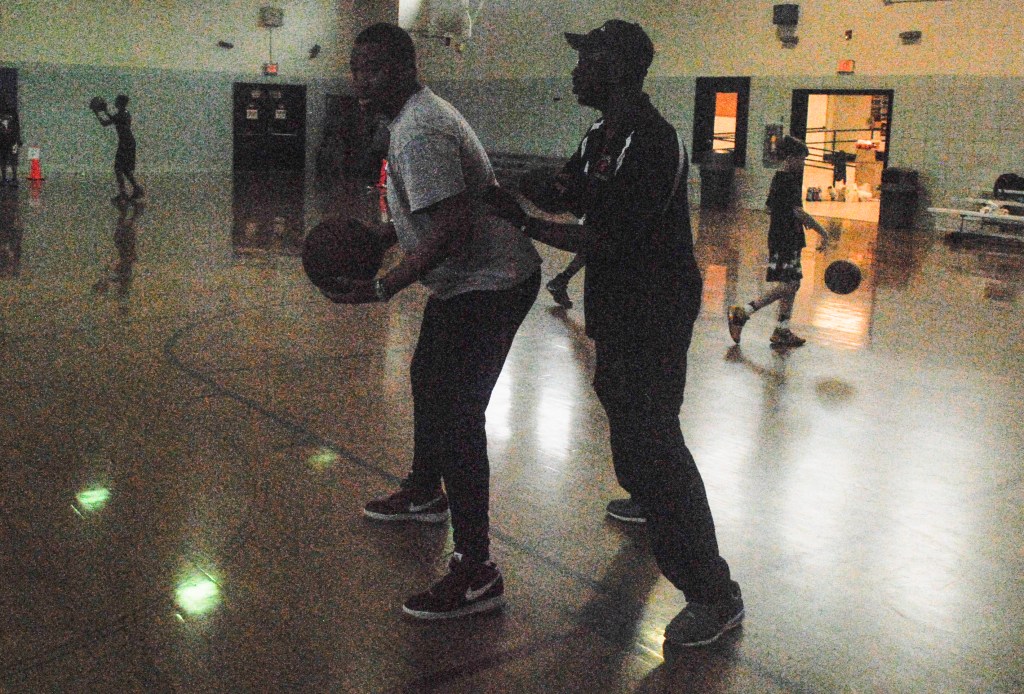 LaGRANGE- This week’s basketball skills camp, sponsored by LaGrange Wolverines, will serve as an outlet for youths to play basketball, learn the game, improve their skills, interact with other basketball players and campers, and much more.

The head coach of the Wolverines Basketball traveling team, Rico Person, is leading the way in trying to bring something positive to the youth in the community.

“Basically my goal with this camp is to give back,” said Person, who has been coaching the Wolverines traveling team for three years. “This is where I came from, so once I got the opportunity to coach, I wanted to give back. My goal with my team is to give them an opportunity to see something else besides LaGrange and giving them a chance to give them an extra ticket to go far in this sport. I want to give my players a chance to get an academic scholarship and get a sports scholarship.”

Person, who has 22 players combined between his eighth- and ninth-grade teams, expressed his desire to reach the troubled youth and introduce something that can be influential in their lives.

“There’s not enough male role models leading these kids and I just want to lead them,” said Person. “If I can lead all 22 of my players out of LaGrange or out of trouble, then I felt like I’ve done my job.”

This is the first year this camp has taken place and one of Person’s goals is to infuse the fundamentals of basketball into not only the campers but his traveling players, too.

“I want these kids to have the fundamentals of the game down, so when they go back to their coach in middle school, high school, or playing rec league, their coach won’t have to spend extra time on something they should have learned at a young age,” said Person.

“With this camp I’m just trying to get better on the court and off the court,” said ninth-grader Shamar Sherman, a Wolverine player. “For the young campers, we want to work with them on the fundamentals of basketball. If this is something they want to do, then we’ll going to try and help them get better at it.”

Overall with this camp, Person wants his traveling players to serve as mentors to the younger campers as well as his own goal to be a positive influence in his players lives.

“I want my players to show the kids the fundamental stuff because they had to learn it from someone else, too,” said Person. “They got fed with the information now and it’s time for them to feed it to the younger players. But what I want to do is lead the kids in the right path.”