Gendusa: She was the finest athlete I ever knew…. 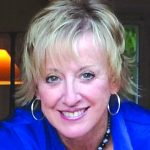 It was around 1934 when a tall, skinny 15-year-old girl was making her way down the mountain to Murfreesboro, Tennessee. The road was curvy and treacherous as most roads were in those days.

She tightly held the basketball in her lap as her father drove her toward the town that was three hours away. She was quiet and a bit nervous as she approached the gym were the Tennessee Mid-State free throw championship was to commence.

Dark hair framed her pretty and delicate face, but it belied the fierce competition behind her chestnut eyes. Not only was she highly competitive, but more importantly, she always believed that “she could.”

She positioned the toes of her white high tops up to the free throw line and dribbled the ball for a moment. She took a deep breath as she threw the first ball and watched it swoosh through the hoop.

She would sink 48 out of 50 free throws that day and walk away with the championship.

Lesson Learned:  Always believe in your own ability.

The car ambled back up the mountain to the little town of Monterey. That same year she, along with her best friend, Violet, would lead their high school team to victory and claim the Tennessee Mid State Basketball Championship.

Within a year, she would start to play tennis. Her methodical play and competitive nature thrust her into a solid, champion of tennis. None of her peers could beat her. Her picture was back in the hometown paper holding her racket, dressed in white, on the court.

She graduated from high school at the age of 15. She was the class Valedictorian and voted, “Most Athletic.”

The years would pass and for a while, the world of sport was replaced with babies, bottles, and caring for others. Every now and then, she would pick up a ball or swing a racket.

One day, at age 40, she declared she was going to learn to play golf.

Her children asked, “Mom, aren’t you a little too old to learn a new sport?” They forgot who they were talking to.

This ancient mother had won two club championships by the time she was 45 years old.

Lesson Learned:  One is never too old to start something new.

She would play golf until she was in her early eighties. Then one day sports were over, and her life was never quite the same.

After she broke her hip at 89, she required rehabilitation. It was difficult for her to absorb the reality that her frail body was failing her. Depression set in. One afternoon while in rehab, her physical therapist handed her a basketball after she noticed the dark eyes of her patient staring at the orange ball in the corner.

She placed the ball in her lap. Immediately, the former champion picked up the ball from her wheelchair and threw it accurately into the arms of her amazed therapist. They played daily until the depression lifted and the hip healed.

Lesson Learned:  The body may fall, but the spirit within can lift you up.

Within a year, the last days of her life were upon her. The elderly athlete was a mere shadow of her former self. Her fierceness was gone, and she was ready to go to her eternal home.

On a Sunday night in late June 2010, I took this woman’s hand into mine. Her eyes were closed as I whispered in her ear, “Mother, I don’t know if you can hear me, but go on to Heaven. Run like the wind, and don’t look back.”

I had walked away for a few minutes from Mom’s bedside, when the Hospice nurse ran toward me.

“Miss Lynn, your mother has passed! I have been working with hospice for 25 years and I have never seen anything like this! Your mother was hot and perspiring as if she had been running when she took her last breath!

Through my tears, somewhere was a smile in my heart.

When I reach Heaven, I will quickly recognize my mother. She will be the one coming toward me holding a basketball, tennis racquet, or a golf club at her side.

“You ready to play?” she will ask.

“Yes, Mom, but I forgot to tell you something before you ran home.”

“What is that?” she looks puzzled.

“Mom, you were the best coach and the greatest athlete I ever knew.”