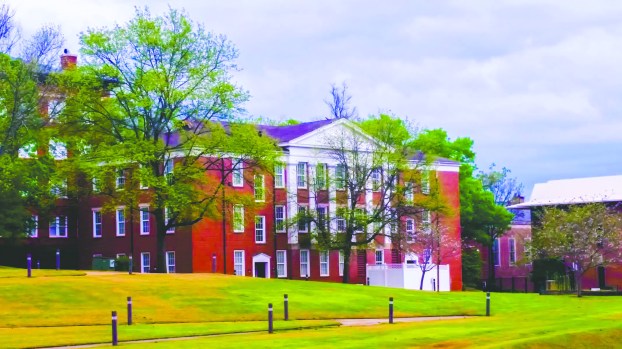 LaGRANGE – It was a stormy start to the morning, but the wicked weather that was predicted to hit the area on Wednesday seemed to keep its distance from Troup County.

While the afternoon remained cloudy, but quiet, the strong storms fired up again around 6:30 p.m. as a second cold front moved through the area. The National Weather Service issued a severe weather warning for the northern part of Troup County until 7 p.m.

Seventy-two counties in Georgia, including Troup County, were placed under a Tornado Watch by the National Weather Service until 10 p.m.

A tornado warning was never issued for Troup County, but other communities were not as fortunate.

This was the second time in a week Troup County residents faced the potential for severe weather and tornadoes.

“Everyone needs to be aware of severe weather in their area and plan in advance. Don’t wait until a warning is issued or a tornado siren goes off. Get a severe weather preparedness kit together now,” said Connie Hensler, executive director of the American Red Cross of Central Midwest Georgia.  “Make copies of important documents, like your birth certificate, and place those inside a water proof baggie … get some bottled water and non-perishable snacks, have an extra set of shoes. That’s important because sometimes bad weather happens late at night and you won’t have time to grab shoes … put a whistle inside your (preparedness) kit. That’s in case you’re trapped in debris in your home and need to let people know you’re there …”

During the heavy rains Wednesday morning, officers carefully patrolled areas prone to flooding and kept an eye out for downed tree limbs.

“That’s what officers will look for and then radio the information into other officers and 911,” said Engle.

Typically, calls for service dramatically increase during severe weather – especially if there is storm damage or the power goes out.

“We need as many officers … as many people as possible. We’ll call in the utility department and more,” Engle said. “We just want to get everything cleaned up and back up and running as soon as possible.”

The local chapter of the American Red Cross was ready to spring into action if the weather took a turn for the worse.

“We checked with our volunteers to see who would be available and ready to respond,” she explained. “Our lead volunteers are checking in with area Emergency Management Agencies (EMA) and are prepared to open shelters, if need be … we’ll wait until the bulk of the storm has passed before we go out and offer assistance but we will be ready to roll out if something does happen.”

The Storm Prediction Center estimated the severe weather on Wednesday spawned at least five tornadoes around the state of Georgia.

The American Red Cross also offers a free tornado app that can be downloaded to cellphones. It will alert you when severe weather and tornadoes are approaching your area.