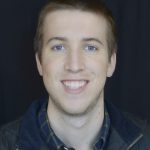 FROM STAFF REPORTS – Baker Ellis has been named president of LaGrange Newsmedia, LLC (LNL) and publisher of the LaGrange Daily News and its affiliated publications and websites. He replaces Jeff Parra, who is no longer with the company. Ellis met with staff members on April 6 and will begin working in LaGrange immediately. He plans to relocate permanently to LaGrange with his family in the coming weeks.

Ellis, a native of Danville, Ky., has spent the last two years working for The Shelby County Reporter, a community newspaper based outside of Birmingham, Ala. He was hired as a sportswriter for the Reporter before quickly moving into the sports editor role. Later he became a management associate where he has been actively learning all aspects of community newspaper operations and working various group assignments. The Shelby County Reporter and the LaGrange Daily News are both owned by Boone Newspapers, Inc. (BNI)

“This is an incredible opportunity, and one I do not take lightly,” Ellis said. “LaGrange is an old city with an obvious respect and pride in its history, but it is also a city that is evolving and growing quickly. This makes the newspaper’s role to serve and inform this community more important than ever before. I am excited to play a part in providing LaGrange with the newspaper it deserves.”

The LaGrange Daily News is one of 75 community newspapers managed by BNI, and is the company’s most recent acquisition. BNI succeeded Civitas Media as owner in October 2016.

“Baker has earned this opportunity via hard work, good judgment and a maturity beyond his years,” said James B. Boone, Jr., chairman of the board of BNI. “He and Mary Holland are a young couple who will seek to fit into the LaGrange community, make their future here and will work hard with our company’s full support to bring The Daily News ahead faster in its restoration.  Our company has had a good reception here in a state important to my family and me as we assumed responsibility for your newspaper, brought some good LaGrange people back to our staff and are appreciative of having those assets as we work to serve this community.”

Ellis and his wife, Mary Holland, are both graduates of Samford University in Birmingham.

“My wife and I both grew up in communities similar to LaGrange,” Ellis said. “We are excited and ready to become a part of life here, and we both hope we can be a positive addition to the community.

“It will be an honor to work and live in this city alongside all of the people that make LaGrange special.”