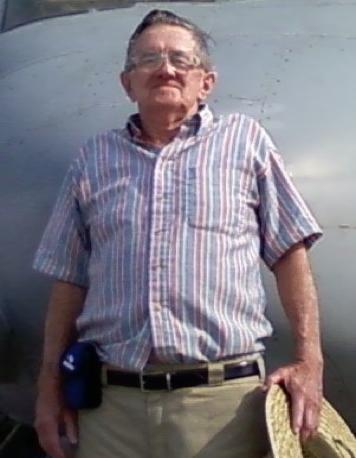 After High School, Roy served in the United States Air Force and received four medals during that time. He served as a Staff Sargent and left with that rank with an honorable discharge in July of 1955.

Roy graduated from North Carolina State University where he received his Bachelor of Science Degree in Forest Management.  He spent fifty six years working in the Forestry industry with 44 of those as a Registered Forestry Consultant.  He loved being in the solitude of the outdoors in the woods among the trees.   Born in Lewisburg, West Virginia, and living later in Julian, North Carolina he developed a love for hunting, fishing in these rural areas with his late brother in their early years.

Later in life he expanded his knowledge of land sales and contracts with real estate classes; among other things he enjoyed he was a horse lover who was always keen on watching the Kentucky Derby and Preakness every year. He greatly enjoyed music and enjoyed working with his hands by doing woodworking, and gardening.

Roy was a dedicated Father and a loving husband and leaves behind some wonderful memories for his two sons.

A memorial service will be held on Wednesday, April 12, 2017 at 2:00 p.m. Those wishing to attend should follow the small orange flags beginning at Olive Branch Baptist Church located at 40 Frolona Road, Franklin, Georgia. In lieu of flowers, the family asks that donations be made to the American Chestnut Foundation at acf.org.