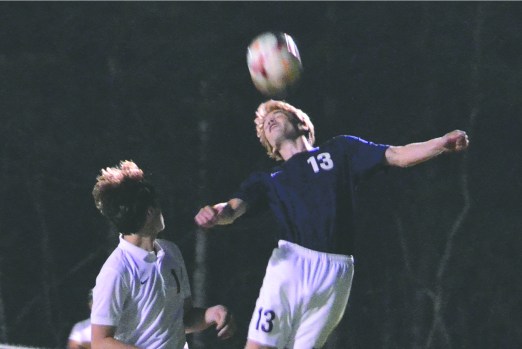 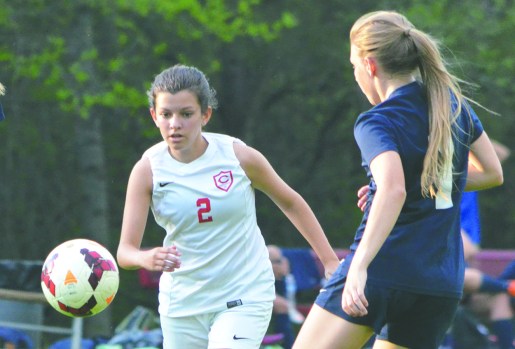 HOGANSVILLE – The Callaway Cavaliers made it interesting, but the night belonged to the Troup Tigers.

In a county soccer showdown on Thursday night, Troup had a 2-0 lead when Callaway scored with less than four minutes remaining.

The Cavaliers continued to force the issue in the closing moments, but they were unable to find the tying goal, and the Tigers came away with a 2-1 victory.

Troup got first-half goals from Helsyn Martinez and Alan Vazquez, and Ian Bryan scored for Callaway.

The Tigers dominated the first half to take a 2-0 lead, and they continued to hold a two-goal edge until Bryan scored on a breakaway with 3:30 to play on an assist from Grayson Lambert.

“I kept on telling them, don’t fall asleep, and they had a through ball,” Troup coach Micah Alba said. “That’s how they were going to try to score, with their long balls. We got too separated there.”

Callaway head coach Mike Petite was pleased with the way his team responded in the second half after struggling early.

“We talked about it at halftime, that we did not play well,” Petite said. “And that’s a good team. But we did not play very well. We held our own, and we were probably lucky to be down 0-2. I told the guys, it’s not about winning tonight. It’s about playing better. We’re making mistakes that we haven’t made in a month, a month and a half. And we did play better.”

Alba was happy with how his players performed, although he felt they could have put more than two goals on the scoreboard.

In the girls’ game, there was no suspense, with Callaway rolling to a 10-1 victory.

Chloe McGuffin and Kelly Carlisle each had a hat trick for Callaway with three goals apiece.

Thursday’s game capped a busy week for the Lady Cavaliers.

In the South Paulding game, Carlisle had both goals, and she scored five more goals in the Kendrick game.

Vaught and Niner each had a goal against Kendrick.