Brown: Healthcare now but what is possible 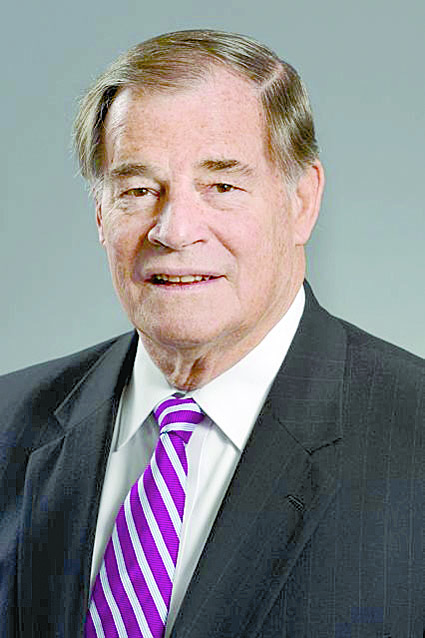 Healthcare spending is approximately 18 percent of GDP so it affects all of us, is front and center with attempts to repeal and replace Obamacare and is presently unsustainable.  This is the first of three articles. They will include an overview of where we are now, why it is unsustainable and finally suggest a number of changes. I am not an expert in this field but I was a chairman of Health Appropriations for the Georgia House of Representatives so I’ve had more involvement in healthcare issues than most lay people.

Presently, 49 percent of Americans are insured through their employer’s health insurance plan. This percentage has been slowly declining since the Affordable Care Act (ACA), also known as Obamacare, went into effect in 2010. This is one of many problems with ACA.

Seven percent basically purchase individual coverage and 2 percent in the military are covered by Tricare or receive their care through the Veterans Administration. This leaves about 8 percent uninsured, many by their own choice. Paradoxically the “uninsured” percentage includes about 2 million American Indians/Alaska Natives covered by the Indian Health Service at a taxpayer cost of approximately $5 billion per year.

There are numerous ways the federal and state governments subsidize health insurance costs. This includes employers paying some part of group health insurance. While this is income to the employees receiving such they do not pay taxes on this. It is estimated that the lost tax revenues of this amounts to $160 billion a year as part of the $660 billion a year federal “subsidies” for healthcare. This is projected to grow to $1.1 trillionby 2026!

The 20 percent covered by Medicaid grew quickly starting in 2010 due to Medicaid Expansion; a major part of ACA.

Those targeted by “Medicaid Expansion” are below 138 percent of the poverty level as determined by the Department of Health & Human Services. For a family of four, they can earn up to $33,534 and still be eligible.

To give you an idea of the staggering cost of Medicaid in FY 2015 just Georgia spent $9,750,156,735 (that’s Billions) on Medicaid. 68 percent of that was paid for by you and me through our federal taxes and 32 percent paid for by us through our state taxes! FY 2015 in the US Medicaid costs taxpayers $552 billion! This helps explain why $1 out of every $6 spent on healthcare in our country today comes from Medicaid.

Medicaid expansion was/is optional for states with the federal government offering inducements to reimburse states 100 percent of the extra costs through 2016. It then moves to 90 percent versus the normal reimbursement to states for about 67 percent of their total costs of Medicaid. Thirty-one states implemented Medicaid Expansion and 19  did not. Most of the 19 states who did not agree to Medicaid Expansion had a Republican legislature and/or governor.

KEY: I believe that people at this level of poverty need help paying for adequate health insurance. However, I have a huge problem with many on Medicaid who are in poor health due to being overweight, smokers, consume alcohol above fairly accepted limits, not exercising, not following other basic health standards, significant fraud by both those on Medicaid and providers, having babies as teenagers at much higher rates than the rest of the population, etc. Some may consider the foregoing to be insensitive to those on Medicaid BUT it is fact. Being PC about it is a disservice to ALL of us.

For the benefit of all of us AND in particular those receiving Medicaid I support the work requirement (Workfare) as some in Congress have proposed. I have written several articles about Workfare. Also I formed a local committee to explore how we could require this locally for anyone but the most disabled on any welfare program. HOWEVER, without a huge effort that will involve a WPA/CCC (think federally created jobs during the Depression) simply requiring recipients to get a job is a pipe dream for many. Therefore, Medicaid will continue to be toxic charity and the costs will continue to increase at unsustainable levels unless …

Health Exchanges are the other major component of ACA which cover about 13,000,000. Most people buying insurance from private insurance firms on the exchanges are using refundable tax credits to supplement the cost of the premium. A major problem is that many are waiting until they are faced with a serious health issue before signing up. This cost the insurance companies more than they projected. Additionally, the expectation that younger/healthier individuals would sign up in greater numbers creating a surplus to offset the cost the less healthy and older population incur did not happen. Even a family of 4 at 400 percent of poverty which is $97,200 can get some tax credit! Net/net it is not surprising that many insurance companies have withdrawn from the exchanges. Humana and per the New York Times last week Anthem who owns Blue/Cross Blue Shield are considering whether to withdraw possibly leading to even fewer choices.

I hope some of you will add facts and/or correct any misstatement above by going on my Facebook or LinkedIn page where I post these articles or email me at jeffwarnerbrown@gmail.com .