Sons of LaFayette to perform ‘From Bach to Broadway’ Saturday 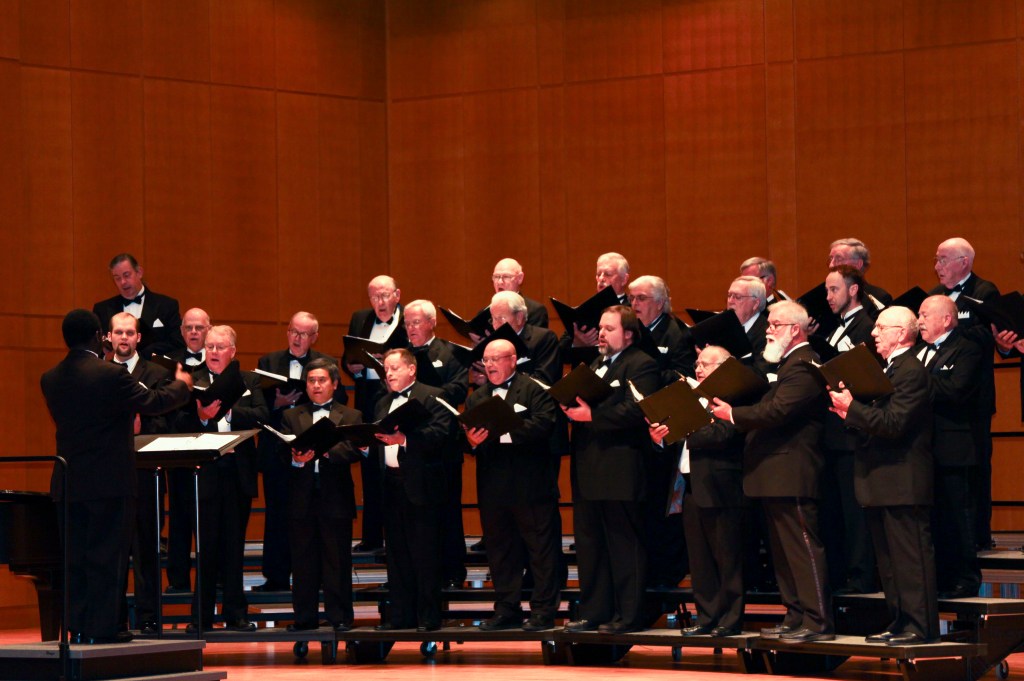 The Sons of LaFayett e, pictured here at the Choral Arts Festival, are slated to perform a variety of songs ranging from classical to more recent at their concert on Saturday. (File Photo)

LaGRANGE – The Sons of LaFayette have plans to impress once again this weekend with a wide range of songs in a concert appropriately named From Bach to Broadway.

The concert is set to feature songs in four languages in styles ranging from Gregorian hymns to show tunes which will serve to showcase the group’s wide range.

“Maybe that’s why I’m so excited,” said Harrison Cain, the president of the group. “I like the whole spectrum… so you’d probably find something for everyone at this concert.”

Some of Cain’s favorite songs in this concert include “Wheels of a Dream” from Ragland and a classical Russian psalm.

This concert is also set to feature something very different from the group’s usual performances with the addition of a song that Artistic Director Beth Everett plans to sing along with the Sons – which she usually directs – on a piece titled “Standchen” by Franz Schubert.

From Bach to Broadway is scheduled to take place on Saturday at 4 p.m. at the Callaway Auditorium at LaGrange Auditorium. Tickets are $15 and can be purchased in advanced at Plum Southern, Stephens Exclusives, Market Place and through the link on the Sons of LaFayette Facebook page.