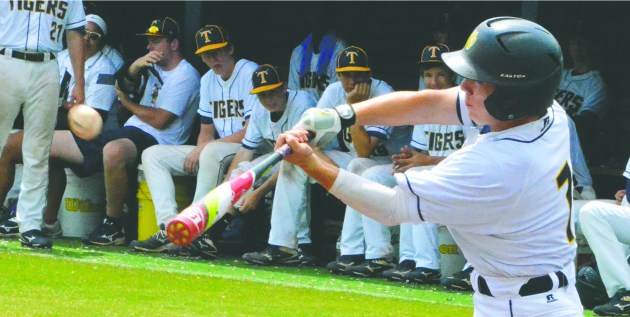 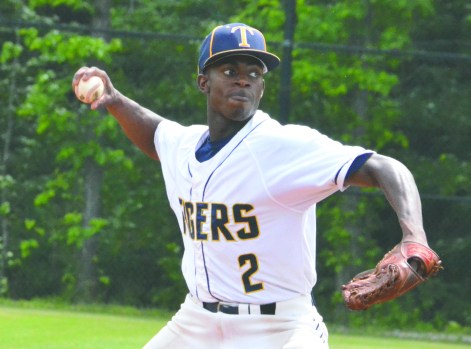 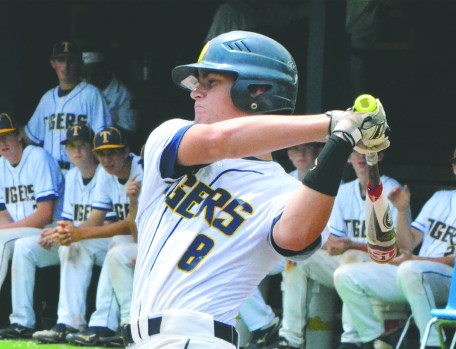 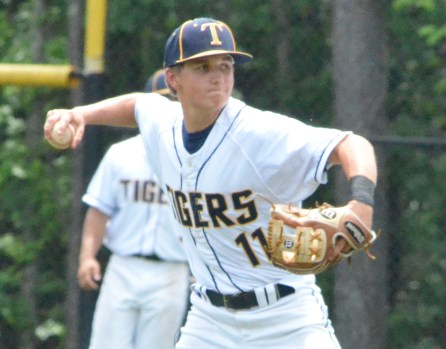 LAGRANGE – They weren’t going to let it happen again.

A year ago, the Troup Tigers entered the state baseball playoffs as a region champion and a number one seed, and they were knocked out in the first round.

On Saturday afternoon, Troup was facing elimination in a first-round series once again.

Troup (22-11), a region champion for the second straight year, was facing a decisive Game 3 against West Hall, which bounced back to win the second game of Friday’s doubleheader after losing the opener.

History did not repeat itself.

Troup rode the right arm of Ryan Bliss to a 6-1 victory to advance to the second round of the Class AAAA state playoffs.

Hardaway, which beat Cross Creek in the first round, will visit Troup on Thursday with a berth in the elite eight on the line.

Sophomore Colby Williams, who was playing shortstop on Saturday with Bliss on the mound, said the team brought a fighter’s mentality into the game.

“No matter what happens, you fight,” Williams said. “If your teeth get knocked out, you pick them up and put them back in later. You do whatever you’ve got to do to get a win, whether it’s 1-0, or 10-0.”

It helped that the Tigers had Bliss on the hill.

Bliss is primarily a shortstop for the Tigers, but he has pitched on occasion this spring, and was given the ball for the biggest game of the season.

Bliss, a junior who plans on playing at Auburn University when his high-school days are done, came through with a phenomenal performance.

Bliss pitched a seven-inning complete game, and he limited West Hall’s hitters to three hits, and the one run he allowed was unearned.

Bliss said the plan was “just to pitch until I felt like I couldn’t go any more.”

Garner had someone warming up in the later innings, but Bliss never wavered.

Bliss, who has been starting since he was a freshman, had never pitched before this year, and he’d only thrown 12 innings this season before Saturday’s game.

Bliss did make one start earlier in the season, and he threw four scoreless innings against Chapel Hill.

“I felt like today, he kind of graduated from a thrower to a pitcher, especially the fourth, fifth, sixth and seventh innings,” Garner said. “You’re not throwing. You’ve got a plan. You’re not just trying to throw it by people. He pitched.”

Williams, who began the series by throwing a complete-game shutout in a 1-0 victory on Friday, said Bliss’ outing was a shot in the arm.

Bliss was efficient, needing 86 pitches to make it through seven innings, and he walked two and struck out four.

Offensively, the Tigers made the most of their seven hits, and Kenly Bridwell had two of those hits with three runs scored and he stole three bases.

The Tigers got the scoring started with a run in the top of the first inning.

Truitt led off with a base hit, and after a Helton walk, he moved to third on a sacrifice fly by Bliss.

Truitt then stole home for the game’s first run.

Troup added another run in the second inning.

Bridwell walked, stole second, and later scored on a wild pitch to give the Tigers a 2-0 lead.

West Hall cut its deficit in half with a run in the bottom of the second, and Troup added an insurance run in the fourth inning.

Bridwell led off the inning with a base hit and stole second.

With one out, Robinson reached on a bunt single, and when the throw to first got away, Bridwell scored Troup’s third run.

The Tigers pushed another run across in the fifth inning.

Troup capped the scoring with two runs in the seventh inning.

With two outs, Williams singled, stole second, and he came in to score when Bridwell legged out an infield hit and the throw to first got away.

Russell then reached on an infield hit, and when another throw to first went awry, Bridwell scored the Tigers’ sixth and final run.

In the bottom of the seventh, Bliss set West Hall down in order to end it.