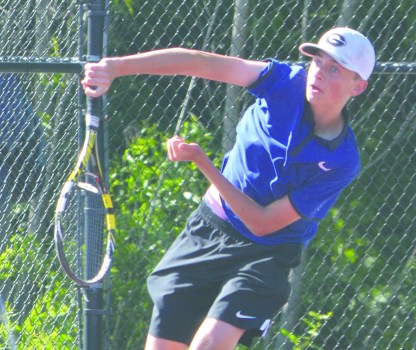 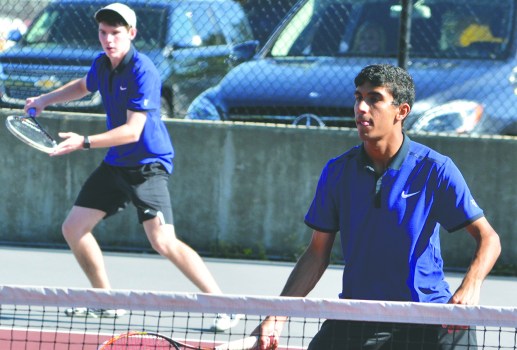 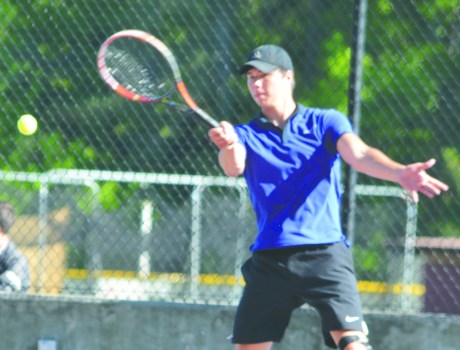 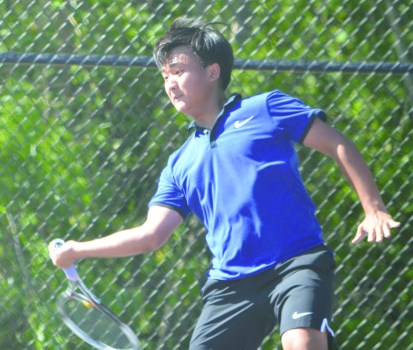 NEWNAN – A special season came to a close for the LaGrange High boys’ tennis team on Monday.

Facing Marist in the semifinals of the Class AAAA state tournament, LaGrange lost 3-0 at Northgate High in Newnan.

After Marist won all three of the singles matches, the two doubles matches were pulled since the outcome had been determined.

While it wasn’t the ending the Grangers were hoping for, they accomplished some great things during the season.

LaGrange won the Region 5-AAAA championship with a thrilling win over Cartersville, and it then won three matches at the state tournament before running into a powerful Marist team.

“This may as good a record as we’ve had,” LaGrange coach Kenny Moore said. “Winning the region championship was fun, and beating Columbus down at Jekyll was fun. And we beat Cartersville twice. “

Marist will face either Cartersville or North Oconee in the championship match.

“They were really good. You tip your hat to them,” Moore said of Marist. “We didn’t play great. We could have played a little better and made it closer, but they got it done. I think they’ll have a good chance of winning it.”

The Grangers had a wildly successful season.

One of the highlights came in the region tournament when it beat Cartersville 3-2, even with number one singles player Blade Kendall unable to go.

Freshan Youngha Cho moved into the lineup at number three singles, and his victory gave LaGrange the decisive point.

LaGrange overwhelmed West Hall and Westover in the first two rounds before traveling to Woodward Academy in the quarterfinals.

LaGrange won 3-1, with Kendall getting the win at number one singles to clinch the victory.

Kendall is one of five seniors that was in the lineup for Monday’s finale.

Number three singles player is a senior, as are doubles teammates Tiger Lakhwani and Will Hunnicutt and doubles player Gavin Battle.

No. 2 doubles – Hunter Williams and Kiernan Corbettleading Tiger Lakhwani and Will Hunnicutt 6-4, 4-3 when match pulled