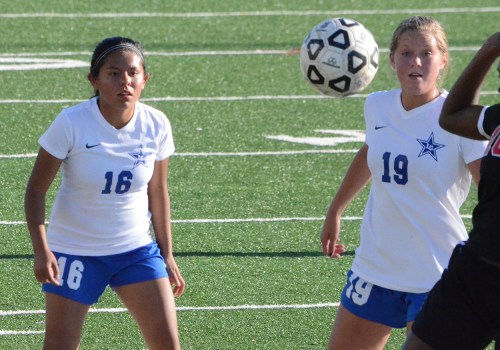 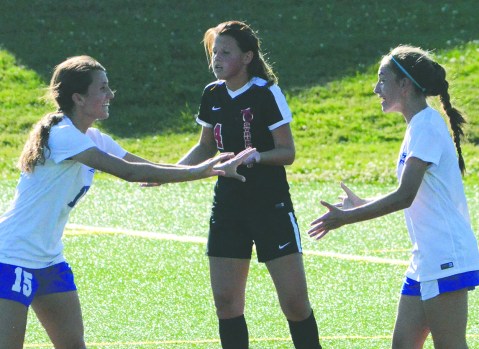 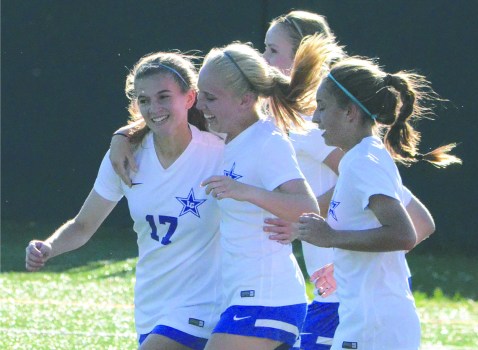 LAGRANGE – There are eight teams left standing, and the LaGrange Lady Grangers are one of them.

After having to fight to the end for a 1-0 victory over White County in the first round of the Class AAAA state soccer tournament, LaGrange’s girls’ team had an easy time of it on Tuesday in a second-round matchup.

The Lady Grangers scored three first-half goals to go up 3-0, and three more times in the second half to roll to a 6-0 victory.

Next up for LaGrange in the elite eight will be Jefferson, and that game will be played on Friday at Callaway Stadium.

LaGrange, which won the Region 5-AAAA championship, is the higher-seeded team, so it gets to play at home.

“We’ve always made it to the second round, but I don’t think we’ve ever made it to the third,” said senior Hannah Asbell. “So it’s a big milestone. We’ve had a lot of hurdles that we wanted to get over this year, and we’ve accomplished every single one of them. So now we’ll see how we do against Woodward or Jefferson. I’m very excited.”

Asbell is one of three seniors on the team.

The other two are twin sisters Maddie Patton and Catherine Patton, although Catherine has been unable to play this season because of injury.

“It’s our senior year, so it’s great,” said Maddie Patton, who will play college soccer at Young Harris. “I really wish my sister had been out here. But it’s been really special, especially getting to spend it with Hannah.”

In Tuesday’s game, Maggie Asbell and Caroline Thompson each scored two goals for LaGrange, and Eva Hutton and Hana Sato had one goal apiece.

Defensively, LaGrange smothered Cairo, and Hannah Asbell was a big reason why.

Asbell, who has signed to play soccer at Georgia College & State University, is as good as anyone in the state on the defensive end according to coach Colin Ross.

“Hannah is easily the best defender in the state,” Ross said. “With her, it comes down to that old cliché that defense wins championship. Maggie and Caroline are scoring goals, and that’s great, but (defense) is so important.”

“Another big thing is, Vannesa is just so good one-on-one, that Hannah is not having to run from one side of the field to the other side of the field,” Ross said. “Vannesa doesn’t get beat.”

The Lady Grangers dominated the game from the get-go, and they had numerous scoring opportunities before breaking through.

With 18 minutes left in the first half, Maggie Asbell scored the first of her two goals, and LaGrange was up 1-0.

The Lady Grangers kept pushing, and with less than 11 minutes left in the half, they were awarded a corner kick.

Maggie Asbell took the kick, and Thompson headed the ball into the net to give LaGrange its second goal with 10:24 left in the half.

Less than two minutes later, the Lady Grangers did it again.

Maggie Asbell took the corner kick, and this time it was Hutton heading the ball past the goal keeper, and LaGrange led 3-0 with 8:46 to play in the half.

There was no let-up in the second half.

Four minute into the second half, Maggie Asbell scored her second goal, and LaGrange led 4-0.

LaGrange capped the scoring in a familiar way.

Maggie Asbell took a corner kick late in the game, and Sato headed the ball into the net for her first career goal.

In two of their previous three games, the Lady Grangers had been limited to one goal, so Ross was glad to see the team enjoy a breakout offensive effort.

“I told them that we’ve played tough the last few games, but we haven’t broken out,” Ross said. “We haven’t had that game where everything kind of works. I told them, we’re just going to go out and try to play the best that we can, together. And they did it.”