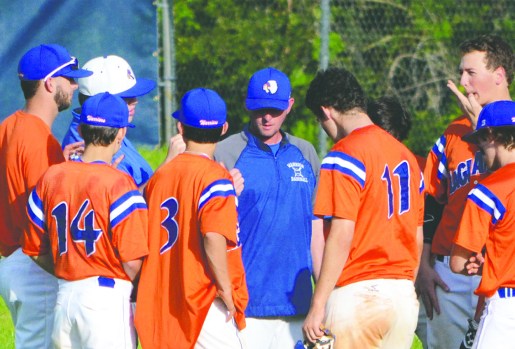 LAGRANGE – The LaGrange Academy Warriors, thanks to last week’s hard-earned road win over Brandon Hall, will be at home this week for the opening round of the GISA state baseball playoffs.

They’ll play a doubleheader on Friday at 2:30 p.m., with the if-game set for Saturday at noon if needed.

LaGrange Academy is at home because it found a way to get a road win over Brandon Hall.The teams split their two regular-season meetings, and they met in a one-game playoff for seeding purposes.

LaGrange Academy built a 5-1 lead, but Brandon Hall fought back to tie it at 5-5 in the sixth inning.

LaGrange Academy took the lead with a single run in the top of the seventh inning on a wild pitch.

In the bottom of the inning, Brandon Hall had a runner on third with one out.

Nick Keating got a pop-up, and the Brandon Hall coach gambled and sent the runner from third.

Keating made a perfect throw to the plate, and catcher Riley Hess got the tag down for the game-ending double play.

“Nick made a great throw,” LaGrange Academy coach Brandon Lybrand said. “He bounced it. And Riley made the tag.”

Mason Brown was LaGrange Academy’s starting pitcher, and he threw into the fifth inning when Matthew Morgan entered the game in relief and did a nice job of getting out of bases-loaded jam.

Morgan went the rest of the way and got the win.

Hess had two RBIs, Evan Smith had an RBI, and Emilio Del Toro walked twice from the number nine spot in the order.