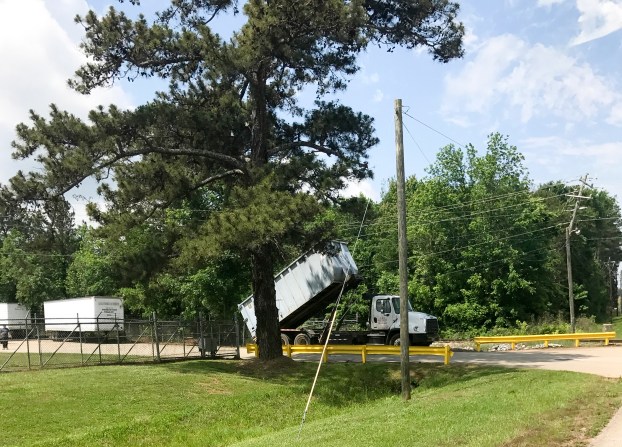 A truck driver, who allegedly forgot to lower the container on a garbage truck, took down power and phone lines just before noon on Friday.

The accident happened on Executive Drive in front of the Interface manufacturing plant.

The C & C sanitation truck, with the raised container, was on the back of a flatbed truck when it caught the power and phone lines still attached to a utility pole, stated LaGrange police officers.

The collision also ripped out the wires from the top of the pole, the police report stated.

LaGrange police officers shut down a portion of the street until utility crews could repair the lines and pole, according to the report.

By Melanie Ruberti Melanie.ruberti@lagrangenews.com HOGANSVILLE – Investigators with the Hogansville Police Department are looking into the death of a three-year-old... read more