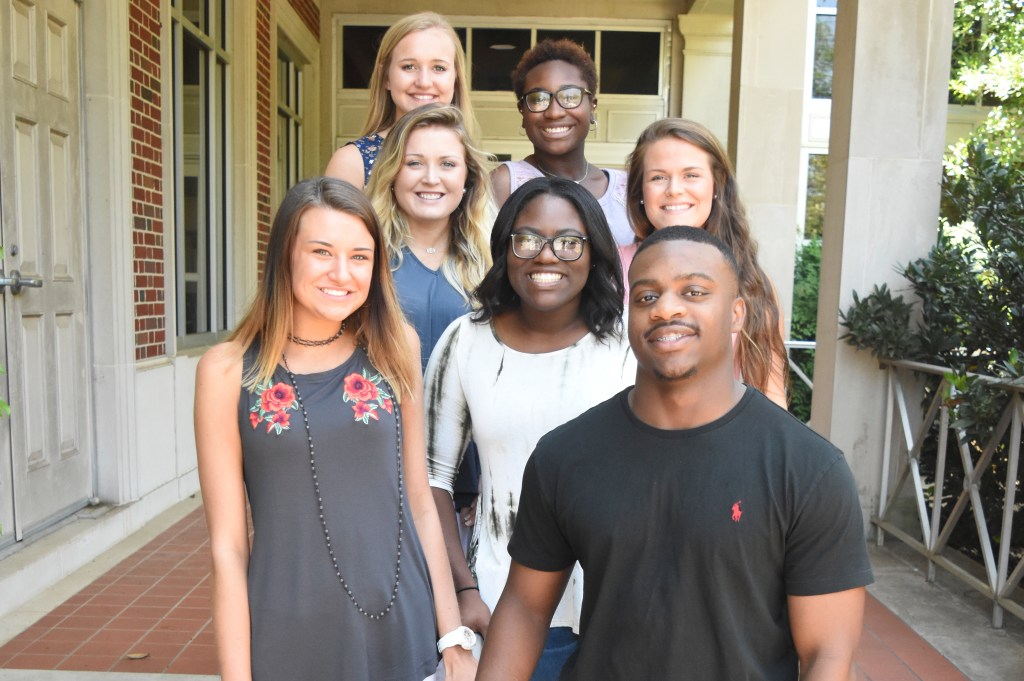 LaGRANGE – The Troup County Prevention Coalition recognized seven of its most important members Tuesday afternoon at its board meeting at the Coleman Community Center.

The coalition’s purpose is to reduce and prevent the use of alcohol, drugs and tobacco among Troup County youth, and often some of the biggest help comes from teenagers in the school system, who volunteer their time to make a difference in the community.

Seven seniors graduating out of the program were recognized for their years of service Tuesday afternoon and for the various campaigns they helped start. The students helped lead a prom campaign, which included putting hang tags at prom dress retailers in the city, listing fun activities students could do rather than drink and drive.

Marcdrevious Flagg, the president of the youth advisory board, said he joined the board after seeing news story after news story about athletes making bad choices while under the influence of drugs or alcohol. As a high school athlete, he wanted to make a difference, so he helped initiative a campaign where students spoke to athletes about drug and alcohol usage.

“I’ve seen tobacco products being used, drugs, alcohol, and you start seeing stuff on the news like this athlete didn’t make it because he failed a drug test or he got super drunk he beat on his girlfriend and pushed her out of the car,” Flagg said. “I was like, I’m an athlete and I want to be better than that, so that kind of impacted me to join this, find out more about and find out how it leads to that.”’

This year’s youth advisory board had 11 members, but with seven graduating, Shannon Lawson said they are looking for nominations and volunteers to join for next year. Anyone interested can email Lawson at slawson@twincedars.org.