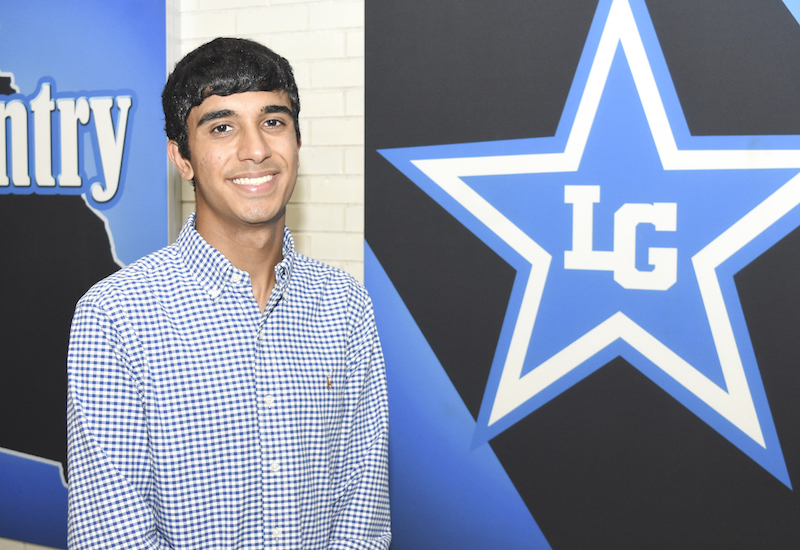 LaGrange High School valedictorian Karan Lakhwani doesn’t have to look far for inspiration. When his father, Nicky, was 16 years old, he immigrated from India to America with just $100 in his pocket. Now, Nicky owns the Bombay store in the LaGrange Mall and has one child finishing college and Karan, who is about to start classes at Georgia Tech.

“It’s inspired me to see what he’s been able to do, to work hard, set a goal for himself and be able to accomplish it,” Karan said. “That’s what’s been a big motivator for me throughout high school. He’s truly living out the American dream.”

Like his father, Karan has a lot going for himself.

He made a super score of 34 on the ACT — which takes the highest score of his two ACT tests into account — and had a 5.1 weighted GPA through December. He has received the Zell Miller Scholarship, the Sewon America Engineering Scholarship, a scholarship from the Callaway Foundation and several others.

“I’ve always pushed myself really hard. I didn’t have the expectation of getting No. 1 — it was more me taking classes to get college credit — but it’s really cool to have that honor and distinction,” Lakhwani said. “It’s really special. I don’t want to take away from what it means but there are other bright people in this class. It’s really cool to be able to represent them though.”

Lakhwani also played on the LaGrange tennis team this year, helping the Grangers reach the state semifinals. He co-founded and co-captained the school’s science bowl team and was a four-year member of both academic bowl and service club and is a member of the foreign language club at LaGrange. He also serves as the chaplain for the National Honor Society and secretary of the LaGrange Youth Council. He also has volunteered for four years at WellStar West Georgia Medical Center.

Along with his father, Lakhwani said his tennis coach and AP calculus teacher, Kenny Moore, has inspired him during high school.

By going to Georgia Tech, Lakhwani is also creating a family rivalry with his sister, Sonika, who just graduated from Georgia.

“She spent a lot of effort trying to get me to go to Georgia, but she’s happy with what I’m doing,” Lakhwani said with a smile. “She’s supportive of me.”

He’s already finished his graduation speech, which will look back on the class’ time in high school, but will also serve as motivation for the future.

Lakhwani was born in LaGrange, so he knows it’s going to be hard to leave for college. At the same time, he’s ready for the future.

“I’ve lived here all my life. I’m excited for the next step but then again this is home,” Lakhwani said.