Relaxing day on the lake 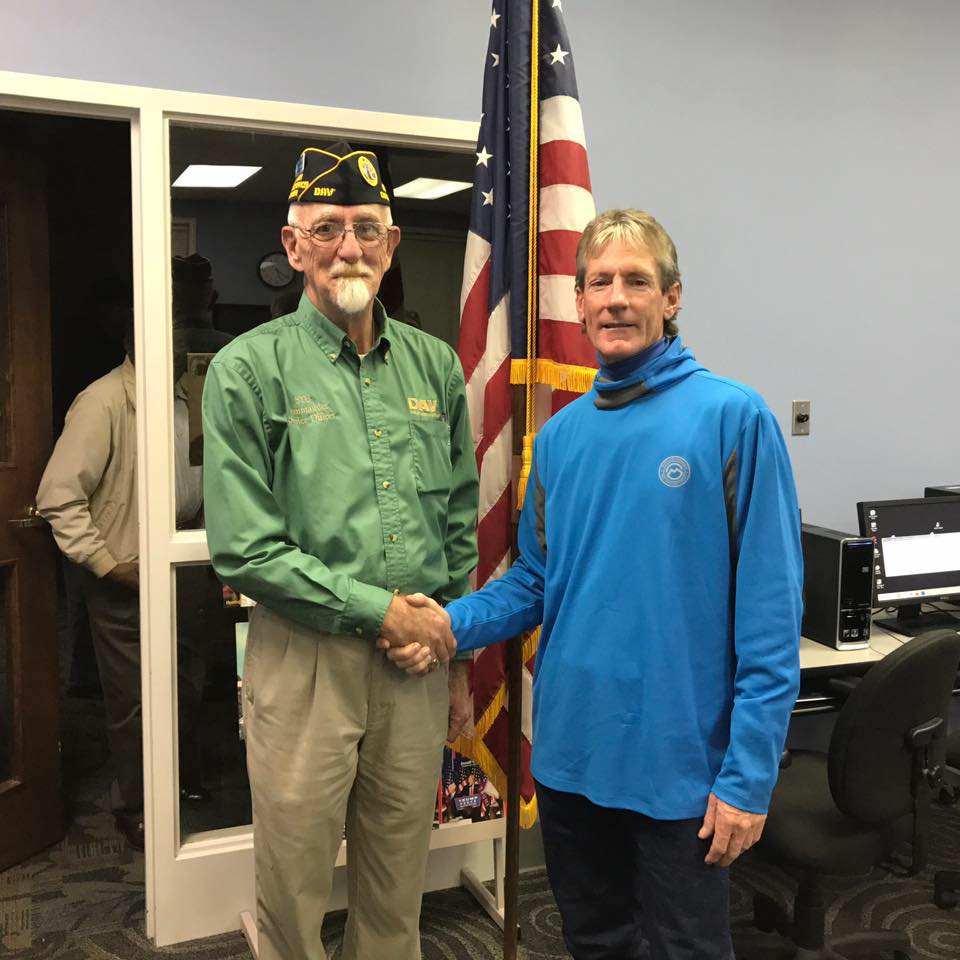 Bearden was named an honorary member of the Disabled American Veterans Chapter 31 in LaGrange. (Submitted Photo)

LaGRANGE – Ken Bearden has worn many hats in his life, but perhaps none have been as meaningful as the one he has donned most recently.

Bearden, a retired professional rodeo cowboy and professional fisherman, launched a nonprofit organization called Veterans Fishing Organization Inc. in June of 2016, which is aimed at helping give military combat veterans “an opportunity for recreation and renewal through guided fresh water fishing and wildlife observation on lakes in Georgia and its bordering states,” according to the nonprofit’s literature.

Bearden’s journey toward starting a nonprofit has been filled with adventure. An avid fisherman as a child, Bearden became enthralled with the rodeo world when he was 14, and began competing in rodeos all across Alabama as a high school student. He earned a scholarship to join the rodeo team at the University of Tennessee at Martin, but made the decision to become a professional rodeo cowboy instead.

He participated in rodeos across the United States as part of the Professional Rodeo Cowboys Association for 15 years before retiring in 1993 after the birth of his first child.

“I felt like I had gone as far as I could go in that world,” Bearden said. “It’s a young man’s sport.”

Soon, Bearden was turned onto the world of professional fishing, competing in the Red Man Fishing Tour, the EverStart Series, the Bass Fishing League Series as well as the Fishing League Worldwide (FLW) Tour, the top fishing series in the world. In 2004, Bearden won the Georgia State Championship, and began guiding soon after.

“Me and my partner ended up winning, and right after that is when I started guiding,” Bearden said. “Because when you win the Georgia State Championship, you become very popular quickly.”

During his time as a guide, Bearden was turned on to the man who later became the inspiration for VFO, Joe Gilham. Bearden was introduced to Gilham through a fishing connection, and the two became fast friends.

“Me and Joe became best friends,” Bearden said. “Joe was a Vietnam vet. I had never been around someone who had been through the things that he had been through. But I would notice days where he just didn’t seem like he was all there. Those days you could just see it in his eyes.”

Bearden and Gilham spent an abundance of time together fishing, and grew closer over the course of that time. Some of those fishing trips were filled with silences, some were filled with stories, giving a sliver of insight into the unimaginable burdens war veterans carry with them.

“He would open up sometimes and talk about being in Vietnam, having to shoot people to keep from being killed,” Bearden said. “He was 60-something years old still carrying that around.”

Gilham drove a tank in Vietnam, and was exposed to the chemical compound Agent Orange. In addition to Gilham’s Agent Orange exposure, he was also diagnosed with ALS prior to his introduction to Bearden, which is what eventually took his life in 2013.

After Gilham’s death, Bearden felt compelled to stay in touch with his widow, Marie. During one of their visits, Marie informed Bearden of exactly the impact he had on her late husband.

Bearden had spent time working alongside other nonprofits before, and the culmination of that work alongside Gilham’s death compelled him to launch Veterans Fishing Organization Inc.

“Several times they (other NPO’s) had mentioned to me I needed to start my own nonprofit,” he said.

The goal of Veterans Fishing Organization is to create an environment for a combat military veteran and one guest to spend a day on the water, with a guide, at no cost.

“I don’t want to do big events,” Bearden said. “Most of these guys, they don’t want to be in big crowds. With what we’re doing there’s no pressure, there’s no time limit in the day. This is very relaxing for them. It can give them a chance to reconnect with someone as well.”

The nonprofit is hosting a bass fishing tournament on Sunday, May 21, at Highland Marina Resort. First place in the tournament is guaranteed a purse of $1,200, and there will be a raffle to win a 45-quart Yeti cooler.