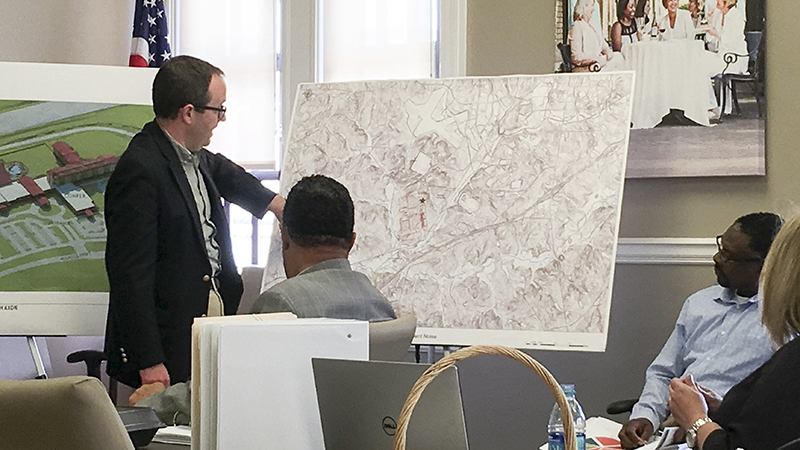 LaGRANGE – The financial impact of losing the workforce provided by the correctional institute was evident Tuesday in both the Troup County budget hearing and the City of LaGrange budget work session.

The county announced the closure of the correctional institute and work release programs earlier this month in light of insufficient state funding for the correctional institute. The closure created a savings of $1.5 million that will be used employee raises, but both the county and its three cities are still coming to terms with what that loss will mean for their budgets long term.

“We’ve still got some loose ends (in the budget) because we’re not sure exactly what is going to happen with the cities, but it is costing us a bit more for (work) details then we expected in order to replace the details (from the work release program),” County Financial Officer Buddy Cashwell said. “We have a contingency set aside to cover that.”

The county will lose $1,839,845 in funding from the state for this fiscal year 2018 due to the closure of the correctional institute, but county commissioners have stated in the past that the funding from the state was not enough to cover the cost of operating the correctional institute. Warden Shane Morris estimated the county and cities will also over $6 million in inmate labor due to the closure of the work program. The program used state prisoners from the correctional institute to accomplish everything from trash clean up on roadsides to janitorial services in government buildings. Those duties are now expected to be taken over in part by a smaller work program through the sheriff’s office using county inmates.

“That is what we’ve got so far. We are working, hoping to get a bit more, but we are in the process of trying to ease the burden on the cities as much as we possibly can.”

Even with that assistance, LaGrange, West Point and Hogansville will all have gaps in public services that were performed by the program.

“One of the big impacts for this year’s budget will be that we are going to have to hire eight new positions with the closure of the correctional institute,” LaGrange City Manager Meg Kelsey said. “(The county) can cover animal control and also the police department, so they can cover those holes, but we have a few other holes. One is the recycling center. Right now, we just have one employee out there, and he uses those inmates. We are looking at hiring two people there and will also have to supplement that with community service workers to make sure that program continues.”

The city also plans on hiring six employees to cut grass in the cemeteries and beside roads.

The county continues to work with the 73 employees who worked at the correctional institute and work release programs to help them find new employment before the departments are completely shut down on June 1, but many county employees from those departments are still job hunting.

“The good news about the closure of the C.I. is that we have already placed 15 employees in jobs,” Tentler said. “

The Troup County Board of Commissioners is scheduled to meet again on June 6 at 9 a.m. at 100 Ridley Ave.