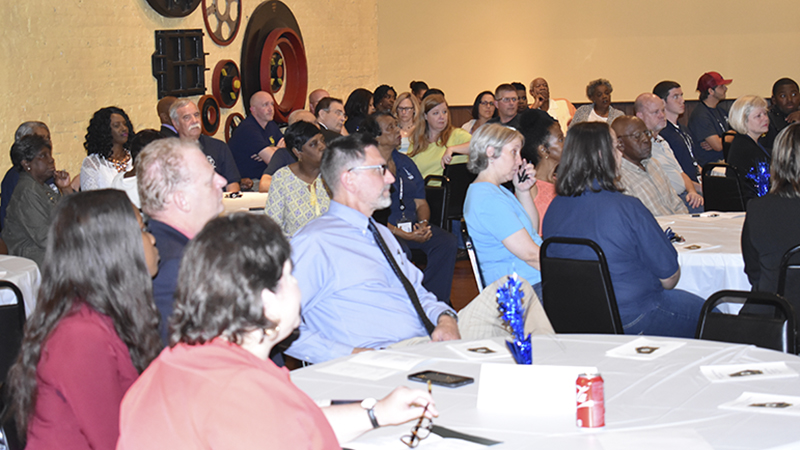 WEST POINT – The third graduating class from the West Point Citizens Police Academy celebrated the culmination of its training on Tuesday night with a ceremony at the Railroad Depot.

Tony Bailey, the police chief in West Point, started the program in West Point shortly after his arrival nearly three years ago. The program runs for 13 weeks, with one meeting per week on Tuesday nights that lasts from 6:30-9 pm. The program is meant to be an intense look into the best practices of law enforcement.

“We introduce them to our world,” Bailey said of the program. “We take them through all the different aspects of our jobs. From investigations to traffic stops to criminal procedure to use of force, firearms, even fundamentals of crime scene processes and investigations. They do a whole gambit of things.”

“Our job is to meet the needs of the community, not just police it with a hammer,” Bailey said.

“I figured the best way to meet the needs of something is to understand what those needs are. The only way you’re going to do that is through relationships, through partnerships. For me to meet the needs of the community, we must first understand what those needs are and who the community is. You can’t police a community by just writing tickets and taking people to jail.”

This graduating class had 26 members, which is on par with the graduating numbers from the previous two classes as well, as Bailey said the police department looks to cap each class at 30 people.