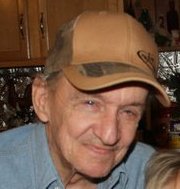 Graduating from Jordan High School in Columbus, GA in 1960, he earned a cosmetology degree circa 1961.He met his 1st wife Janice (Turner) Best during this time and they opened a beauty salon together .

Mack also excelled in the craft of woodworking discovering his passion as a luthier in later years. He created beautiful guitars that sounded just as lovely. As his health failed, he turned his creativity to painting with watercolor.

Mack was an avid reader who enjoyed a lifetime of learning and instilling inspiration in his children. He was affiliated with NewSpring Church in Anderson, SC in the last 6 months of his life.