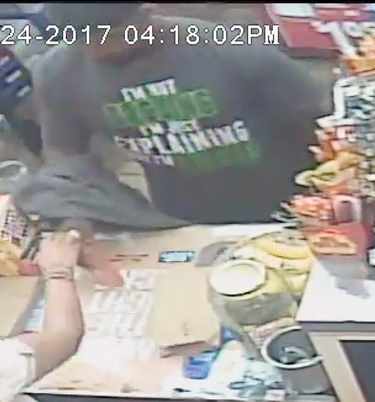 Investigators with the Troup County Sheriff’s Office need the community’s help identifying a man wanted in connection with a home invasion.

The incident happened in a home off Whitesville Road on Wednesday.

One of the suspects allegedly held a handgun to the head of a small child and demanded money from the victim, said TCSO officials.

The victim told the gunman she did not have any money. The suspects let the toddler go, grabbed items from the home and ran out the door, according to TCSO officials.

Another person inside the house chased after the suspects and reportedly threw an object at their car, which damaged their window, said investigators.

The witness described the vehicle as maroon or burgundy. They also said there appeared to be two other men waiting inside the car for the suspects.

The victim told TCSO investigators shortly before the home invasion they went to a local check cashing place and received several thousand dollars.

Investigators believed several people witnessed the transaction and knew the victim had a large amount of cash.

TCSO officials also speculate the suspects followed the victim home from the store.

Investigators went through surveillance footage and need help identifying a person of interest.