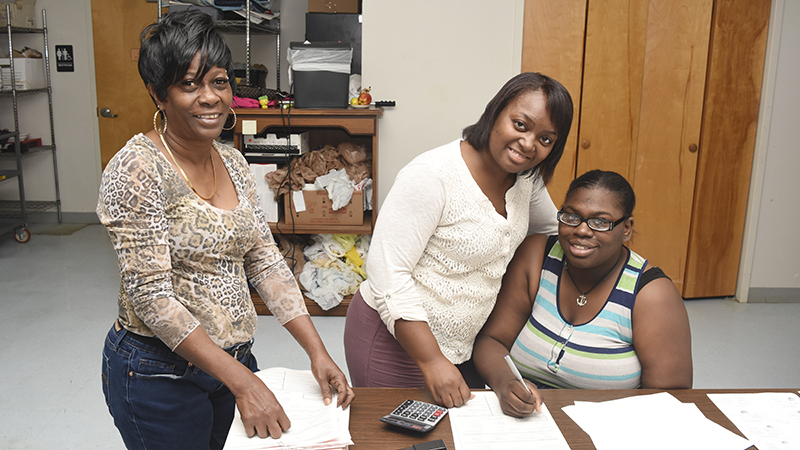 There may not be anyone who understands the work Community Action for Improvement does better than Johnnie Cole.

Cole was one of dozens of people at CAFI’s building Wednesday for the second day of a two-day “blitz”, where the organization was paying utility bills of lower-income people and families.

Cole was actually there volunteering Wednesday, trying to give back after receiving assistance in the past.

“I try to give back a little bit. They help me and I help them,” Cole said.

Jennifer Corcione, executive director of CAFI, said the “blitz” was held Tuesday, letting people know they were paying utility bills in the five-county area they serve. There was still money left after Tuesday, so they kept it going Wednesday.

“At the end of the day, when there’s no more people, we realized there was still money left over and we had to get this out to the community,” Corcione said. “I will not ever send back $1.”

Since the program is mandated by the government, there are income limits and requirements and certain documents have to be produced in order to be eligible. She said sometimes people fall in-between those requirements and CAFI does its best to help people in those cases as well.

Corcione said the state grant used for the utility assistance was between $1 million and $1.5 million and that they had about $60,000 left going into Wednesday. She said utility service events are held throughout each county CAFI serves about once a month and toward the end of each grant program, they do as many as they can.

“I get tears, I get people bringing baked goods,” Corcione said.

“We get people coming back and saying ‘hey thanks, you got me through hard times.’”

One shot during struggle with gunmen on Mason Street