One shot during struggle with gunmen on Mason Street 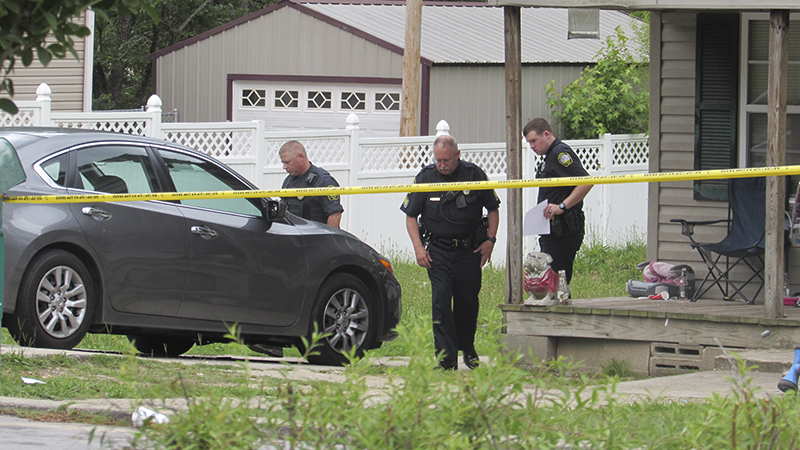 Officers with the LaGrange Police Department look for shell casings and other evidence near a home in the 900 block of Mason Street Wednesday evening. One man was shot in the back by an unknown assailant. --Melanie Ruberti

Investigators with the LaGrange Police Department are searching for at least two gunmen who allegedly attacked a 29-year-old man in the 900 block of Mason Street.

The incident happened just after 6 p.m. on Tuesday.

The victim told LPD investigators five men approached him on Mason Street. Two of the suspects allegedly pulled out guns and pointed them at him, a report stated.

The victim reportedly attempted to grab a weapon out of one suspect’s hand, when the other gunman shot him from behind, according to investigators.

The suspects then fled the scene.

The victim told investigators he believed the two suspects were the same men he argued with in the parking lot of the Daniel Street Food Mart shortly before the shooting.

The argument stemmed from the victim’s refusal to give the alleged suspects a ride home.