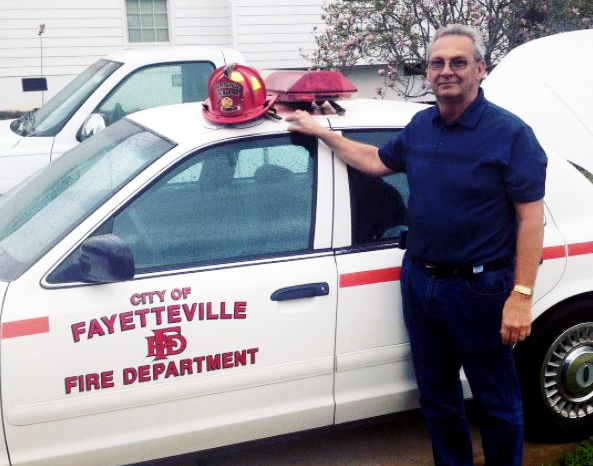 “Our department is shocked and saddened to learn about this tragedy,” Jones said. He said Mundok was a well-liked and respected member of the department and the Fayetteville community and will be missed. “Our thoughts and prayers are with the Mundok Family right now in this time of grief.”

Mundok’s wife, Mary, was also involved in the crash, but sustained non-life threatening injuries and was transported to a hospital in Columbus. According to a press release for the City of Fayetteville.

The Georgia State Patrol said Wednesday that Mundok, 65, was killed in a three-vehicle crash near exit 14. The accident took place around 3:55 p.m. Monday afternoon during a rainstorm.

GSP said Jae Hong Lee, of Newnan, was traveling northbound when he lost control of his 2011 Dodge Ram on wet pavement and struck a 2016 Nissan Altima driven by Doris Nichols of Troy, Alabama.  Both vehicles traveled into the grass median.

Nichols’ Altima struck a concrete culvert in the median. Lee and Nichols were taken to West Georgia Medical Center and no update on their condition was available.

Charges are pending the completion of the GSP Specialized Coalition Reconstruction team’s investigation.