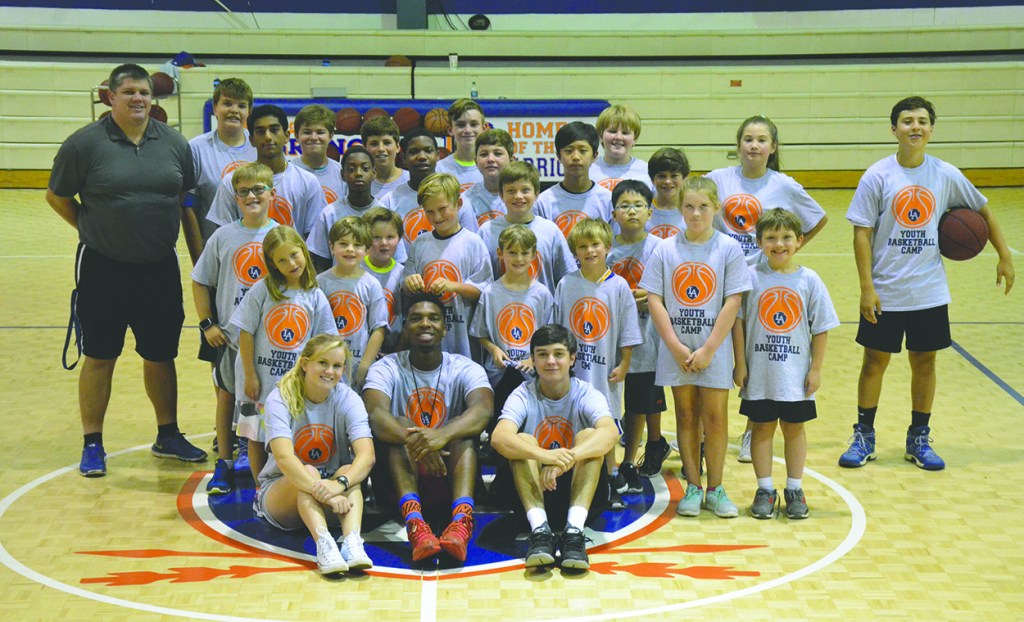 LAGRANGE – Britt Gaylor got to spend a little more time at a place, and with people, that have meant so much to him over the years.

For the past five seasons, Gaylor has been the head boys’ basketball coach at LaGrange Academy, and he has been an assistant coach in numerous other sports while serving as a physical-education teacher.

Gaylor’s time at LaGrange Academy has ended, though.

Gaylor is set to become the athletics director and boys’ basketball coach at St. George’s Episcopal School in Milner.

Last week, Gaylor fulfilled one last duty at his old school as he hosted a youth basketball camp in the LaGrange Academy gym, with more than 20 boys and girls participating.

It’s a camp Gaylor has hosted since his time at LaGrange Academy began, and he enjoyed doing it one final time.

“I’m getting to spend some time with our lower school and middle-school kids,” Gaylor said. “It’s been good. We’ve had a really good group of campers. A lot of kids are working hard. A lot of kids that have been in the middle-school program are really getting better. You can start to see the light come on for them.”

Gaylor spent four seasons as a basketball player at LaGrange College before coming to LaGrange Academy, and the program has thrived under his leadership.

Now, Gaylor is set to take on a new challenge, as difficult as it is to leave LaGrange Academy behind.

“I’ve been here for five years, and it’s been great,” Gaylor said. “It was really a tough decision, but it’s a step that God wanted me to take.”

LaGrange Academy’s Anderson ready to be a Panther