A grand time at WinShape 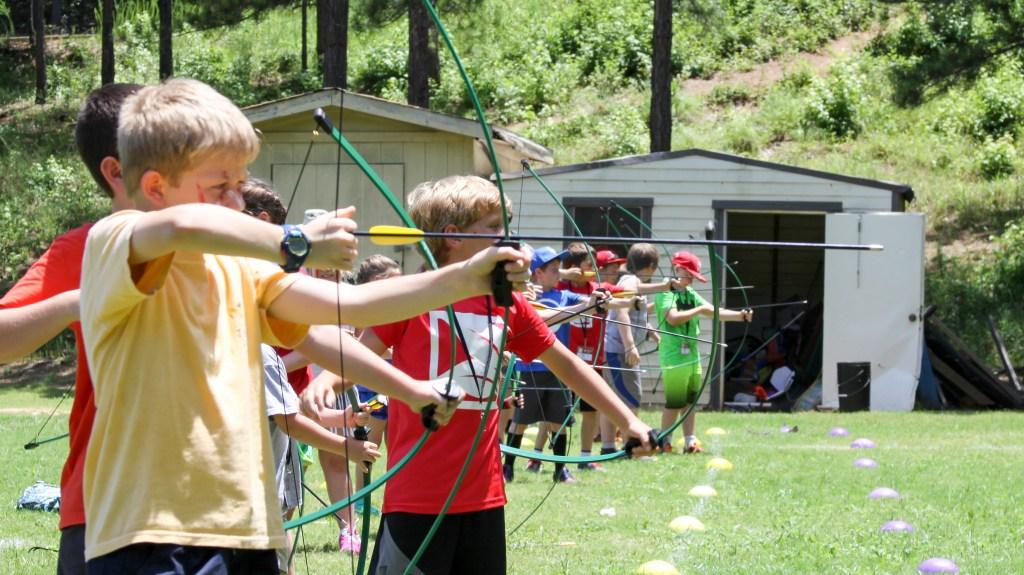 Tucker Borders practices archery with his team at Camp WinShape. Archery is one of the 22 skills that campers are practicing this week with WinShape instructors. (Photo by Alicia B. Hill | LaGrange Daily News)

Community comes together for campers

Campers engaged in archery, musical theatre, painting and more during WinShape’s sixth annual Camps for Communities in LaGrange this week.

Winshape Camps for Communities is holding its annual summer camp at LaFayette Christian School this week, and it is hard to tell who is more excited — the kids or the volunteers.

This year First Baptist Church on the Square hosted the camp, which means church officials were the ones that made sure there would be enough community support and volunteers to make this year’s camp a success.

“This camp is a true representative of our community,” First Baptist Church on the Square Pastor Cade Farris said.  “We have middle class, upper class, lower class, all of that from the community, so we want it to reflect our community. We are passionate about that.”

“My favorite part is seeing all the churches come together,” Staff Member Dee Cosio said. “Sometimes a camp goes to First Baptist and only First Baptist participates, but this year it is First Baptist, New Community – a bunch of other churches – Loyd Presbyterian and then you’ve got Chick-Fil-A jumping in, so just all these people that would never work together are working together for the campers.”

“Camps have been going on in Rome, Ga. since 1985, when Truitt (Cathy) bought property at Berry (College) and started a boys’ camp in ’85 and started a girls’ camp in ’87,” Camp Director Jacob Seifert said. “Winshape Camps for Communities started partnering around 2007, so this is actually our tenth birthday.”

LaGrange joined the program relatively early, and this week was the sixth year that there has been a Winshape Camp in this area. The camp does cost a fee, but many churches and individuals have helped make sure that every child who wants to go to camp will be able to.

“One thing that this camp did years ago was that they had a burden for not just kids who could afford it, but kids that couldn’t afford it, and so we began an extensive process and continue it this year of trying to get some scholarship money for kids who we know would love to make it, but could not afford the tuition,” Farris said.

To learn more about Winshape Camps for Communities or to find ways that you can help, visit camps.winshape.org/camps-for-communities/