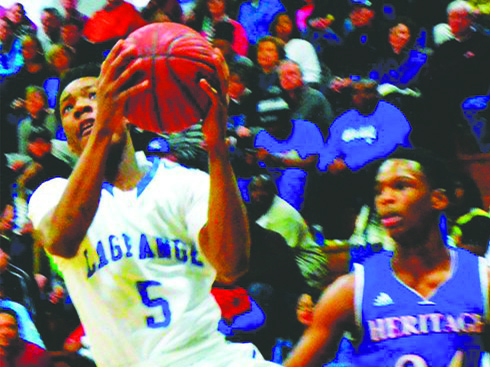 LAGRANGE – Derieko Smith, who was a two-time region player of the year for the LaGrange High basketball team, will have a new home next season.

Smith spent his freshman season at Cowley Community College in Kansas, and he averaged 13 points in 25 games played.

Smith is transferring to Wallace State Community College (Ala.), and he’ll have a reunion with two of his former teammates.

Kenan Gray and Bryan Fanning, who were seniors on last season’s LaGrange team, are also going to Wallace State.

“Kansas is far out, and he wants to be close to home,” LaGrange head coach Mark Veal said of Smith. “He thinks this system is going to help him.”

Smith, a dynamic guard with the ability to drain 3-pointers or explode to the basket, started for four seasons at LaGrange.

Smith was the Region 1-AAAAA player of the year as a junior and a senior, and he was an all-state player both seasons as well.

During Smith’s junior season, the Grangers reached the elite eight, and they made it to the second round during his senior year.

At Cowley, Smith had a 31-point game against Independence on Dec. 7, and he scored 25 points against Butler on Jan. 28.

During one five-game stretch, Smith didn’t score fewer than 18 points.

Since Cowley is a two-year school, Smith had the option of transferring after one season, and that’s what he decided to do.

“He had a lot of options, even after this year,” Veal said. “He actually heard from a couple of Division I programs, but he didn’t want to wait around.”

OF NOTE: Smith will be one of 12 former Grangers playing college basketball next season. I’ll have a story on those players in the coming days.